It takes 539 lbs of fossil fuel, 48 lbs of chemicals and 1.5 tons of water to manufacture one computer and monitor!!

The e-waste contains over 1,000 different toxic substances like heavy metals, PVC plastics, brominated flame-retardants etc., harmful to human beings and the environment. In India, this was subjected to primitive and highly polluting recycling operations, which contaminate air, water and harms the health of workers.

This calls for some serious care to be taken about the e-waste disposal.

In this age of technology, the hype, information and care present while buying an electronic gadget is immense but not even a fraction of that is seen while disposing them. Most people don’t know about the proper disposal of e-waste. They just think they can chuck it in a normal bin and it is going to be all right to continue this way. This got the Bengaluru team at St. Joseph’s college. In a college full of tech-savvy students, chances seemed that many of them could be ignorant about the proper disposal of e-waste too. 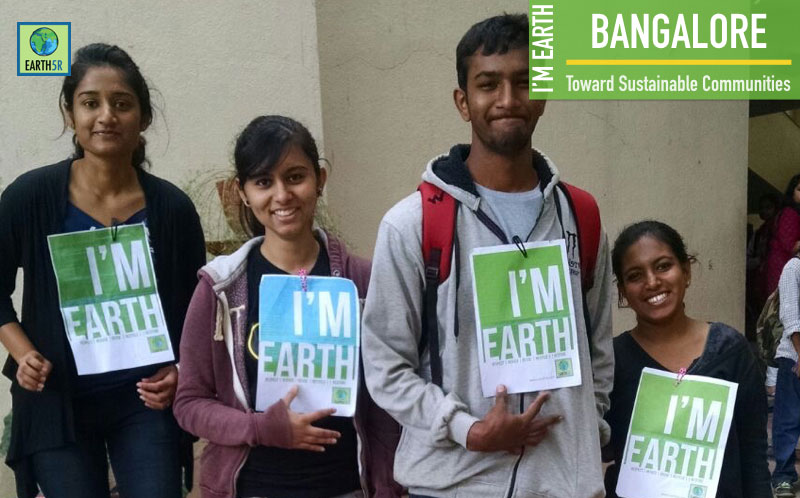 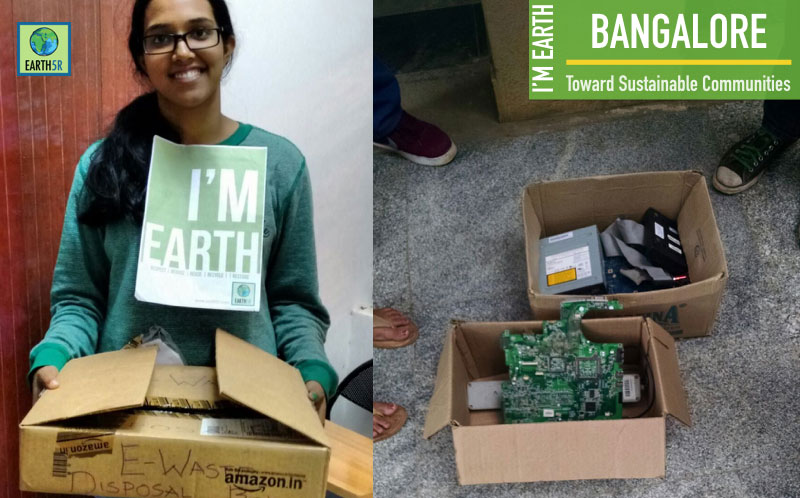 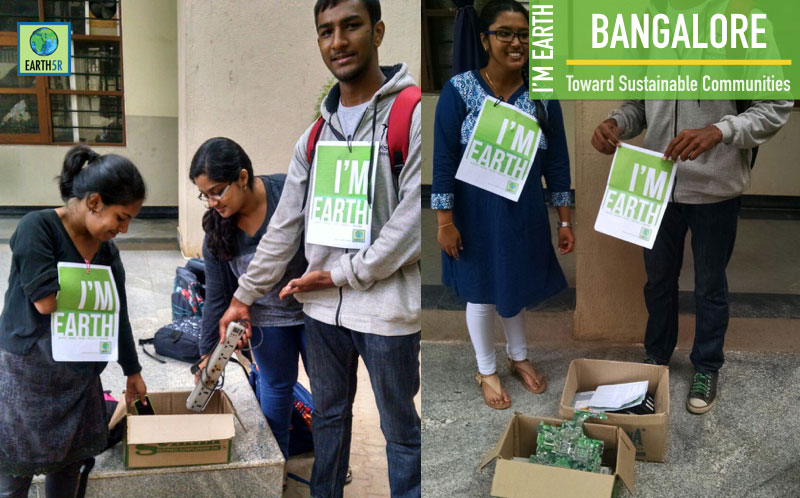 The team consisted of Ismail, Ayesha, Smriti, Parinitha, Parinisha and Poorvi. They collaborated with the Seasons Nature Club, the Environmental Science department’s club, for more exposure, and began their drive on 26th of November. They put up four boxes all around the college campus and spoke to people in classes, during breaks and spread awareness about the proper disposal of E-waste and informed them about the collection drive. They spoke about the harmful effects that e-waste had on the environment and indirectly on our health as well.

The Environmental Science department was really impressed with the idea And they decided to have a permanent box to collect E-waste all year round.

A total of 3 kgs of e-waste was collected in 6 days. They ensured proper disposal and were determined to work better and harder next time.

No Replies to "E-waste Recycling at Bangalore College"