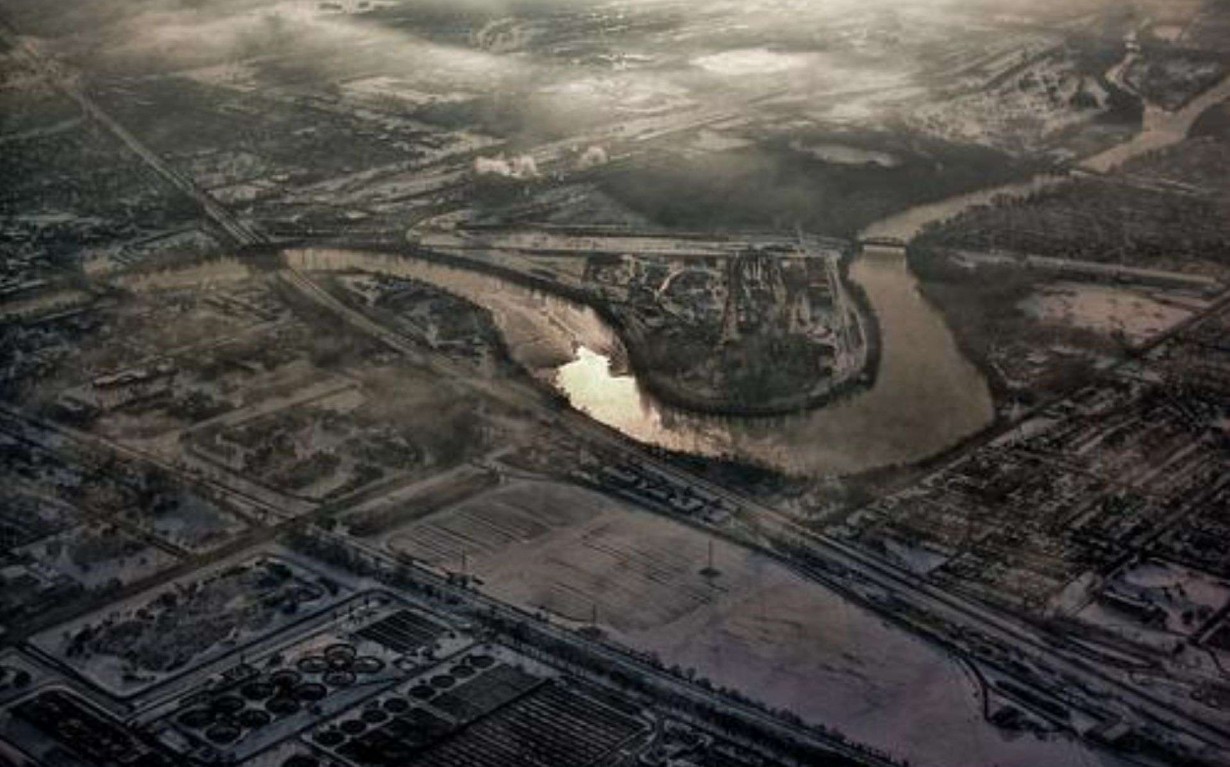 Grand Calumet River: One of America’s Most Polluted Rivers

The Grand Calumet has long been known as one of the USA’s most polluted rivers with approximately 90% of the flow consists of industrial and municipal effluent.
The river empties into Lake Michigan which supplies drinking water for 6.6 million people thus, posing a huge threat to their safety.

The river flows 13 miles long and originates from Miller Beach and empties around one billion gallons everyday into Lake Michigan.

Since the late 19th century, industrial effluents from industrialization have conquered the river as approximately 90% of the flow consists of industrial and municipal effluent.

As a result, the Grand Calumet River stands as one of the most polluted rivers in the USA and a portion of the River in Indiana has also been designated as 1 of the 43 sites of the Great Lakes Area of Concern.

HOW DID THE GRAND CALUMET RIVER TRANSFORM INTO SUCH A POLLUTED AREA?

Starting in the late 19th century, industrialization started in northwest Indiana and has had a profound impact on the Grand Calumet River.

The establishment of large steel and oil-refining companies by the Grand Calumet River in the early 1900s transformed the region into an urban center containing a population of 39,786 in East Chicago by the late 20th century.

In 2017, Gary Works, one of the largest steel mills,  was the largest polluter in Indiana with the release of 25.2 million pounds of toxic chemicals.

Most of the industrial and toxic waste released by factories was discharged into the Grand Calumet and accumulated into millions of cubic yards of contaminated muck in the river.

By the mid-20th century, increasing levels of pollution in the Grand Calumet River resulted in contaminated sediment and toxic waste which not only harmed the ecosystem but also has the potential to danger human health through emissions in the air from toxic substances, such as PCBs, from the river.

According to Hornbuckle’s study in 2011, the Indian Harbor and Canal, which connects the Grand Calumet River to Lake Michigan, emits annually around 15 pounds of PCBs into the air, which can have severe consequences to human health.

By the 20th century, fish populations virtually disappeared due to water contamination and more than half of the fish population that did survive contained “deformities, eroded fins, lesions and tumors.”

Under the Great Lakes Water Quality Agreement in 1978,  the Grand Calumet River was named the only Area of Concern that contained all 14 Beneficial Uses Impairments.

From these 14 impairments of beneficial uses, the Grand Calumet River contained, to the largest extent, legacy pollutants found within the sediment in the riverbed that continues contaminating the water long after the Federal Water Pollution Control Act of 1972.

Sedimentary contamination in the riverbed of the Grand Calumet River existed from toxic waste dumped into the river by factories prior to the Federal Water Pollution Control Act of 1972.

Although the government placed restrictions on industrial effluents from factories and companies, contaminated sediment which is a legacy pollutant remains in the environment for a very long time and not only harms the ecosystem but can also pose a possibility in contaminating the water.

The contaminated sediment at the bottom of the Grand Calumet and the ship canal includes 100,000 pounds of lead, 67,000 pounds of chromium, and 420 pounds of PCBs (chlorine and benzene chemicals) that are extremely toxic to wildlife and humans.

A 2000 study prepared for the U.S. Fish and Wildlife Service found serious concerns and impacts from contaminated sediment in the Grand Calumet.

Stormwater runoff and leachate from 11 of 38 waste disposal and storage sites located within 0.2 miles (300 m) of the river are also degrading the water quality.

The Regulations by the Stream Pollution Control Board deemed the maximum levels for cyanide in the Grand Calumet River to be 0.1 mg/liter of water.

However, industrial runoff, along with the improper discharge of pollutants caused the river to exceed the regulations for maximum levels of cyanide.

Not only does runoff from industrial sites contribute to water contamination but also runoff from the urbanized areas which wash away many toxic organics and plastic, that end up polluting the river.

Combined sewer overflows from sewage treatment plants such as Gary, East Chicago, and Hammod also contributes to the contamination in the water through the flushing of high amounts of bacteria from fecal matter in sewers.

For instance, in 2003, the Chicago-based Calumet Plant reported at least 8 sewer overflows which flowed into nearby rivers and released toxic waste and substances into the river.

Annually, around 57% of the combined sewer overflows in the Grand Calumet River is discharged into Lake Michigan.

Due to the nearly 6.6 million people that drink from Lake Michigan, combined sewer overflows pose a huge threat to human safety because of the contamination it brings into Lake Michigan.

Although groundwater accounts for less than 10% of the flow of the Grand Calumet River, it still contributes to the growing amount of pollution within its premises.

The U.S. Environmental Protection Agency estimates that at least 16.8 million US gallons (64,000 m3) of oil float on top of groundwater beneath the area of concern.

Groundwater contamination of organic compounds and other toxic substances contribute to surface water pollution within the Grand Calumet River.

As a result of these remediation projects by environmental organizations, two Beneficial Use Impairments, “Restrictions on Drinking Water Consumption, or Taste and Odor Problems” and “Added Costs to Industry or Agriculture” were removed.

The lack of awareness due to the location of the Grand Calumet River is one of the leading causes to fewer community initiatives.

The Grand Calumet Taskforce, an organization formed by groups of Northwest Indiana residents, have worked towards advocating and raising public awareness of the environment through community meetings and cleanups, river festivals, educational events, and protest marches.

By involving the community and other agencies, the Grand Calumet Task Force managed to clean and restore approximately 10 miles of the Grand Calumet River and successfully advocate for the removal of pollution within the river before disbanding a few years ago.

While Sediment Remediation Projects did benefit the environment significantly, however, failure to include strict limits on the discharge of toxic chemicals by Indiana regulators continue to contribute to pollution present within the Grand Calumet River.

Lack of standards for companies such as Gary Works and BP continue to contribute to increasing amounts of pollution within the Grand Calumet River.

Annually, 1 million pounds of pollution from pipes still continue to flow into the Grand Calumet River and contribute to the existing pollution present within the river.

The solution to reducing the waste and pollution present within the Grand Calumet river calls for a circular economy.

The main source of pollution from the Grand Calumet River is the legacy pollutants present within the sediment, as well as the continued industrial discharges into the river.

Utilizing a circular economy along with stricter policies on industrial discharges can prove beneficial towards reducing the amount of pollution swept into the river.

To eliminate waste discharged into the Grand Calumet River calls for not only action by the administration and industries but also action from the community to unite under a single cause of improving their local ecosystem and protecting their river.

Efforts by Earth5R to raise awareness of pollution with local residents, such as the cleanups done in Mula Mutha River, Mumbai Mithi River, Yamuna River, as well as the Citizen Awareness Program at Pune and the Ganga River in Varanasi India, have already proven useful in encouraging action from local residents towards incorporating circular economy solutions to improve their precious rivers.

How to Live More Sustainably at ...