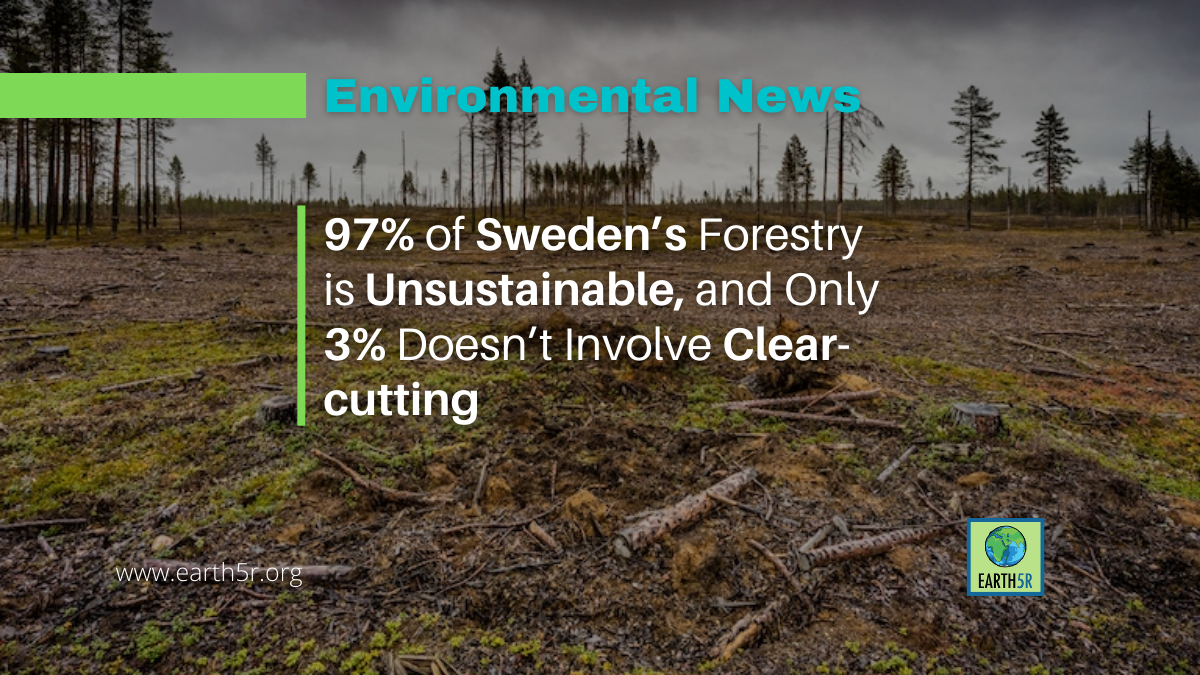 Over a decade ago I traveled around Sweden to view its forestry practices – the country has a gigantic forest products industry that largely transforms trees into paper products and biomass pellets for electricity generation – yet the national forestry agency claimed it to be the most sustainable forestry program in the world. What I found was strikingly different, as I reported for Yale Environment 360, “Sweden’s Green Veneer Hides Unsustainable Logging Practices.”

I wanted to know what has changed since 2011 and queried two Swedes who are very involved with this ongoing issue: award-winning photojournalist Marcus Westberg and top conservation photographer/National Geographic Explorer Staffan Widstrand, who are active under the banner of Skogsmisbruket, i.e. ‘forest abuse,’ an awareness-raising project on Swedish forestry.