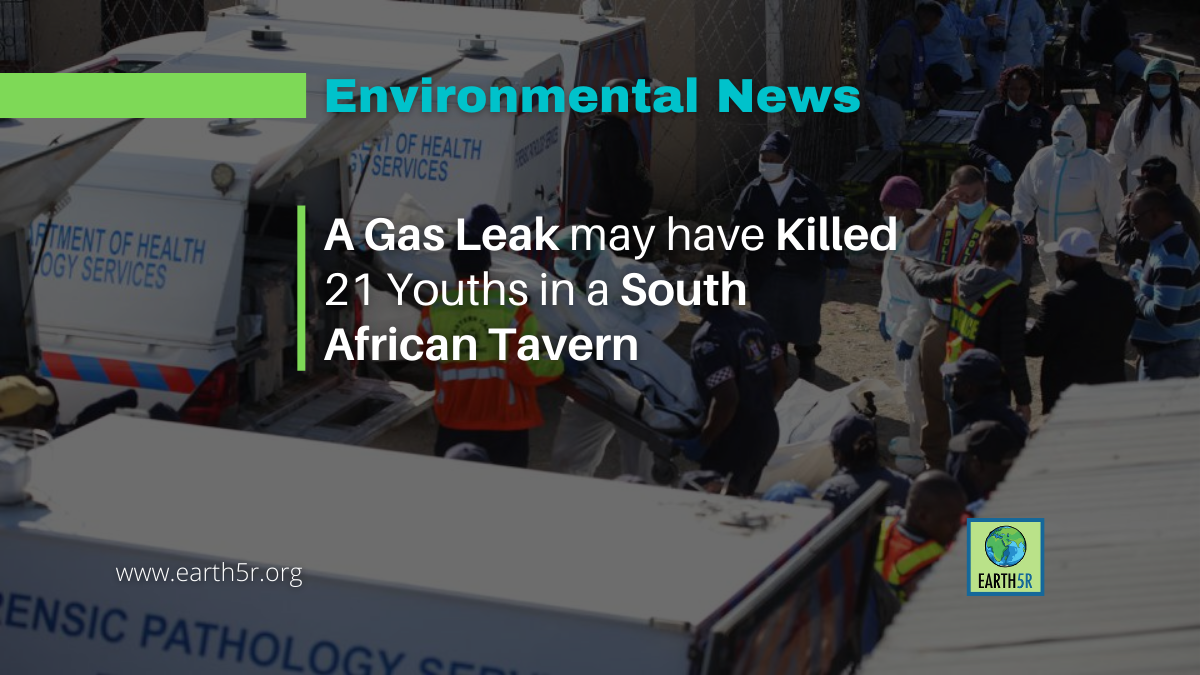 Twenty-one young people found dead in a tavern on South Africa’s east coast over the weekend may have died from poisoning from a gas leak, a source close to the investigation said on Wednesday.

The deaths of the youths in a popular nightspot outside the city of East London unleashed an outpouring of grief in a poor community, while some relatives of the victims have expressed anger that weeks of calls to shut down the tavern went unheeded.

All were teenagers, the youngest a 13-year-old girl. There were also several survivors, some of whom were taken to hospital, and others unharmed.

A spokesperson for the forensic team declined to comment on any aspect of the investigation until the final report is out.

Eastern Cape’s provincial government said in a statement “autopsies have been performed on the 21 deceased young people and samples have been sent to a lab … for investigation.”