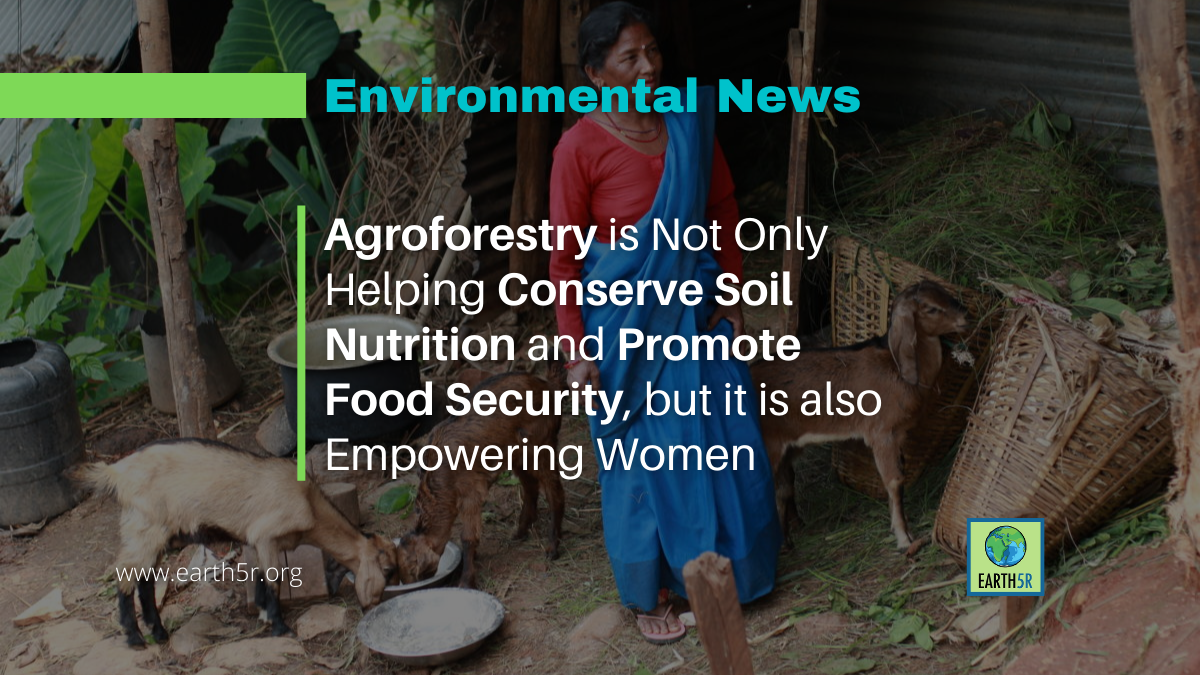 Agroforestry is Not Only Helping Conserve Soil Nutrition and Promote Food Security, but it is also Empowering Women

Srijana Karki still remembers her childhood when she visited her grandfather’s farm. “The green fields were dotted with various fruit trees and we would get to eat different varieties of fruits from the farm,” Karki, South Asia director at the NGO World Neighbors, says.

But these days, when she visits the farm, she finds that the trees have gone missing.

“Following the green revolution, farmers were encouraged to practice monoculture and use a lot of chemical fertilizer,” said Karki. “They were led to believe that the trees only occupy space and add unwanted shade to the farm,” she added.

However, globally and in Nepal, the notions propagated by the green revolution are being challenged by agroforestry, a system that combines trees with shrubs, crops, and livestock in a system that produces food, supports biodiversity, builds organic content in soils, boosts water tables, and sequesters carbon from the atmosphere.

Farmers in different parts of the country such as Kavre district, adjacent to the capital Kathmandu, have now decided to return to traditional agroforestry practices for these multi-fold benefits they offer.

One such program run by World Neighbors, an NGO based in the US, not only ticks almost all the boxes on the list of benefits offered by agroforestry, but also empowers women.

This is important in the context of Nepal, as it witnesses a mass migration of men to cities, both inside the country and abroad, in search of employment, leaving women, children and the elderly in the villages. The workers send home remittance dollars that not only provide for the family, but also finance Nepal’s imports of goods and services.

Unlike the West where an average farmer holds large swathes of land, landholdings drop to less than half an acre in a hilly country like Nepal. So, as part of the program, World Neighbors helped women from Ratmate village, Kavre organize themselves into a cooperative group to save money regularly and provide micro-loans to members. “The exercise helped the women learn communication skills and to work together to attain a common goal. Then they were ready to do something bigger,” says Sangita Pandit, senior program associate at World Neighbors.