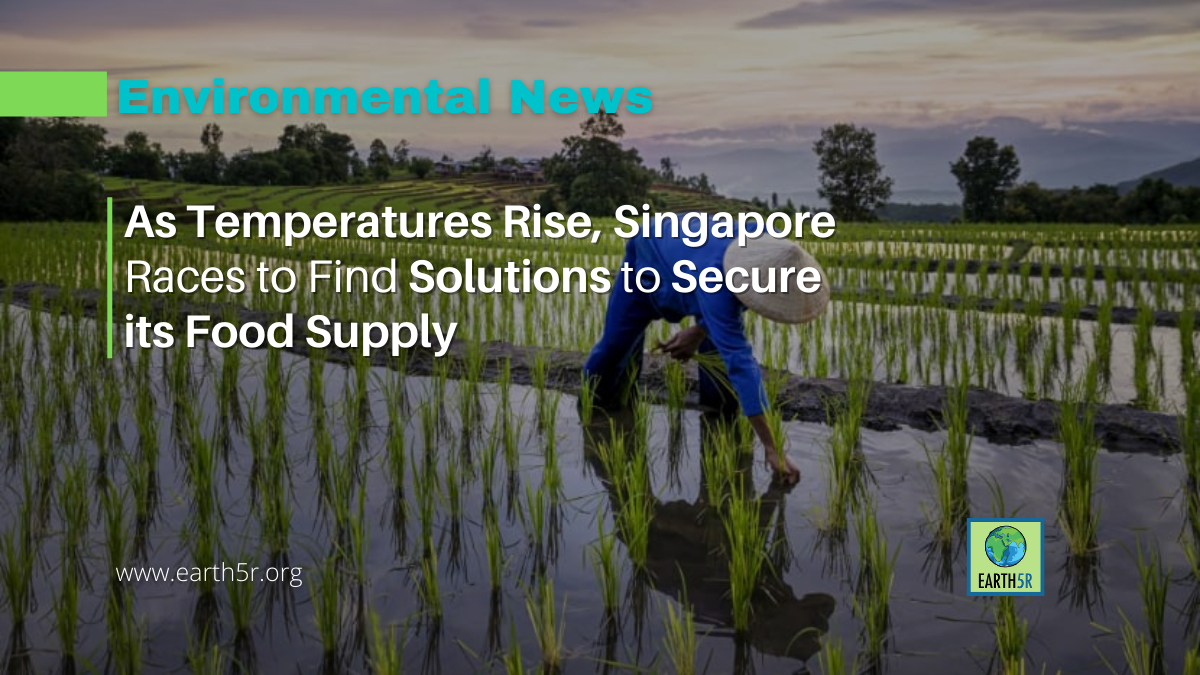 As Temperatures Rise, Singapore Races to Find Solutions to Secure its Food Supply

When one thinks about rice production, the image of large flooded paddy fields usually comes to mind – but what about growing it in an urban setting such as your own neighborhood?

That is what researchers at Temasek Life Sciences Laboratory (TLL) managed to do under a pilot study funded by Temasek Foundation, which ended in February.

After the rice germinated in TLL’s greenhouse, it was transported and transplanted in a six-story high-tech vertical farm built against the wall of a Housing and Development Board (HDB) flat in Tampines. Using a precision drip irrigation system, water and nutrients were delivered in suitable amounts to the rice’s roots, ensuring that each stalk grows optimally.

According to a report published in February by the Intergovernmental Panel on Climate Change (IPCC), rising global temperatures will increase the likelihood of heatwaves and floods in Asia, exposing the region to threats including food scarcity and health risks.

Such factors pose a particular challenge for Singapore, which imports more than 90 percent of its food. The country has set a target of producing 30 percent of its nutritional needs by 2030.

To save and even boost production, farmers, engineers, and researchers have turned to water-saving irrigation routines and rice gene banks that store hundreds of thousands of varieties ready to be distributed or bred into new, climate-resilient forms.