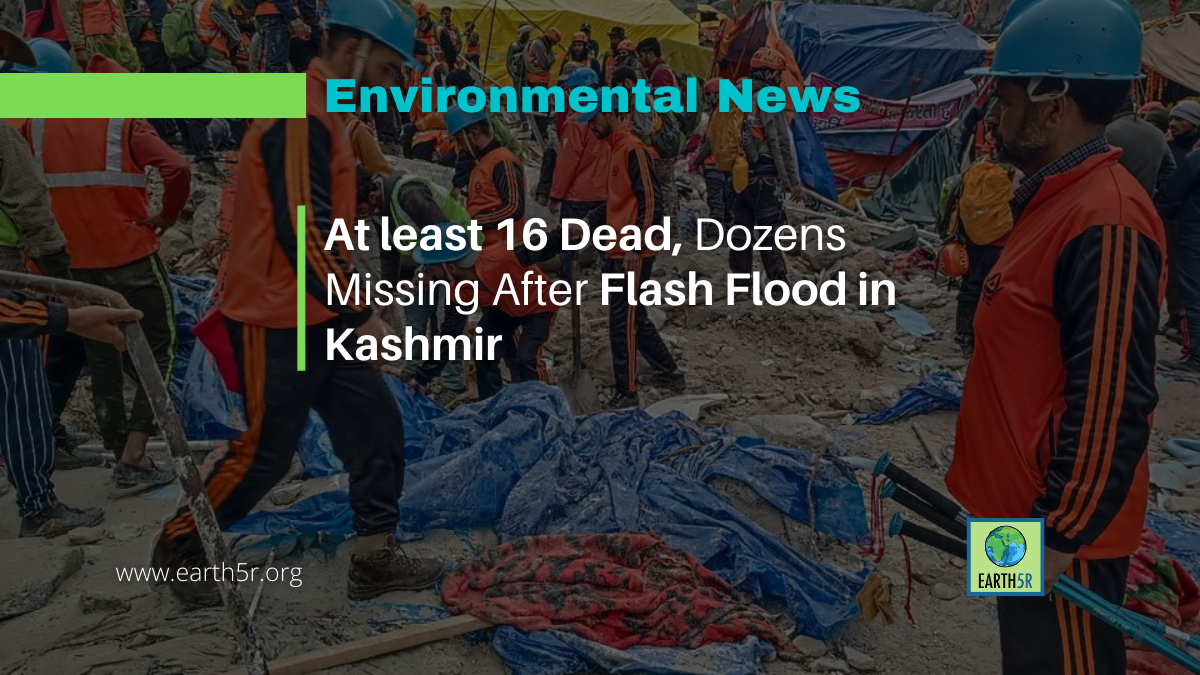 At least 16 Dead, Dozens Missing After Flash Flood in Kashmir

At least 16 people have been killed after sudden rains triggered flash floods during an annual Hindu pilgrimage to the cave shrine of Amarnath in Indian Kashmir, a government official said on Saturday.

More than two dozen people have been reported missing and rescue operations are underway.

“Both army and civilian helicopters are carrying out relentless sorties to evacuate the injured and the dead,” an Indian defense ministry spokesman said in Srinagar.

During the annual pilgrimage, tens of thousands of Hindus cross glaciers and waterlogged trails to reach the cave which contains an ice stalagmite considered to be a physical manifestation of the god Shiva.

The cave is covered in snow for most of the year, but authorities let pilgrims visit for 45 days over the summer as rising temperatures clear the passes.

This year’s pilgrimage takes place after a gap of two years due to COVID. The authorities were expecting a record 800,000 Hindu pilgrims at the shrine, after more than 60,000 arrivals in the first 10 days.

As Dry Season Starts in Indonesia, ...