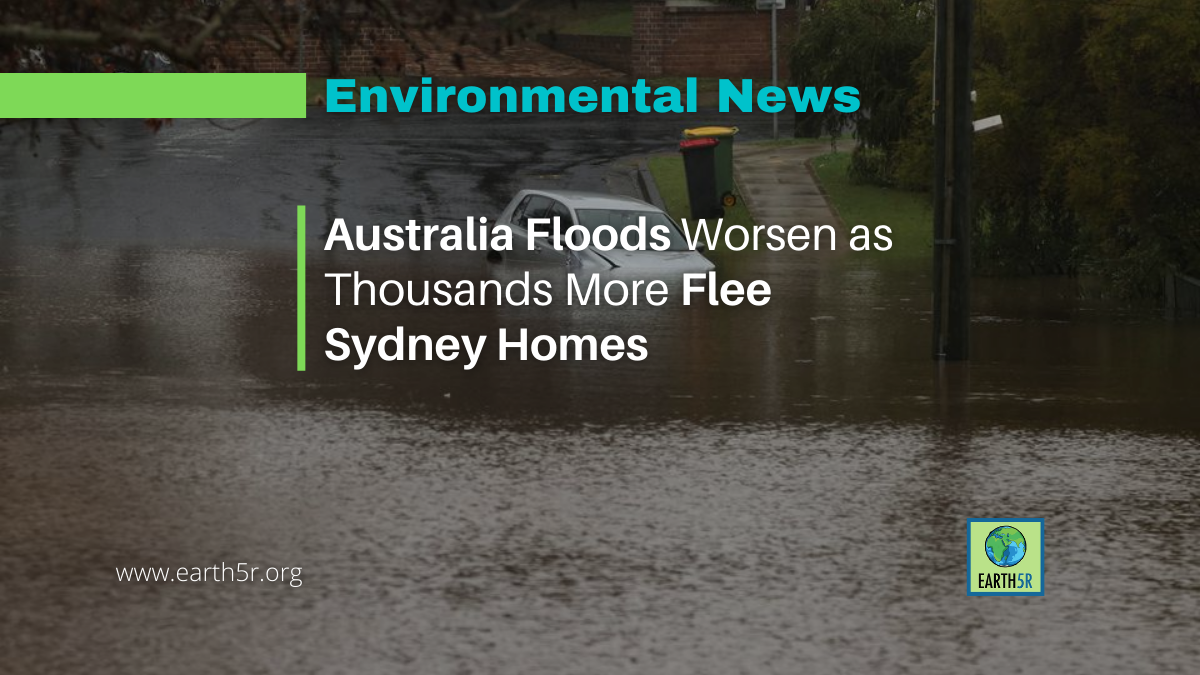 About 50,000 residents in New South Wales, most in Sydney’s western suburbs, have been told to either evacuate or warned they might receive evacuation orders, up from Monday’s 30,000, authorities said.

“This event is far from over,” New South Wales Premier Dominic Perrottet told reporters. “Wherever you are, please be careful when you’re driving on our roads. There are still substantial risks for flash flooding.”

Prime Minister Anthony Albanese, who returned to Australia Tuesday after a week-long trip to Europe, said he would tour the affected regions on Wednesday along with Perrottet.