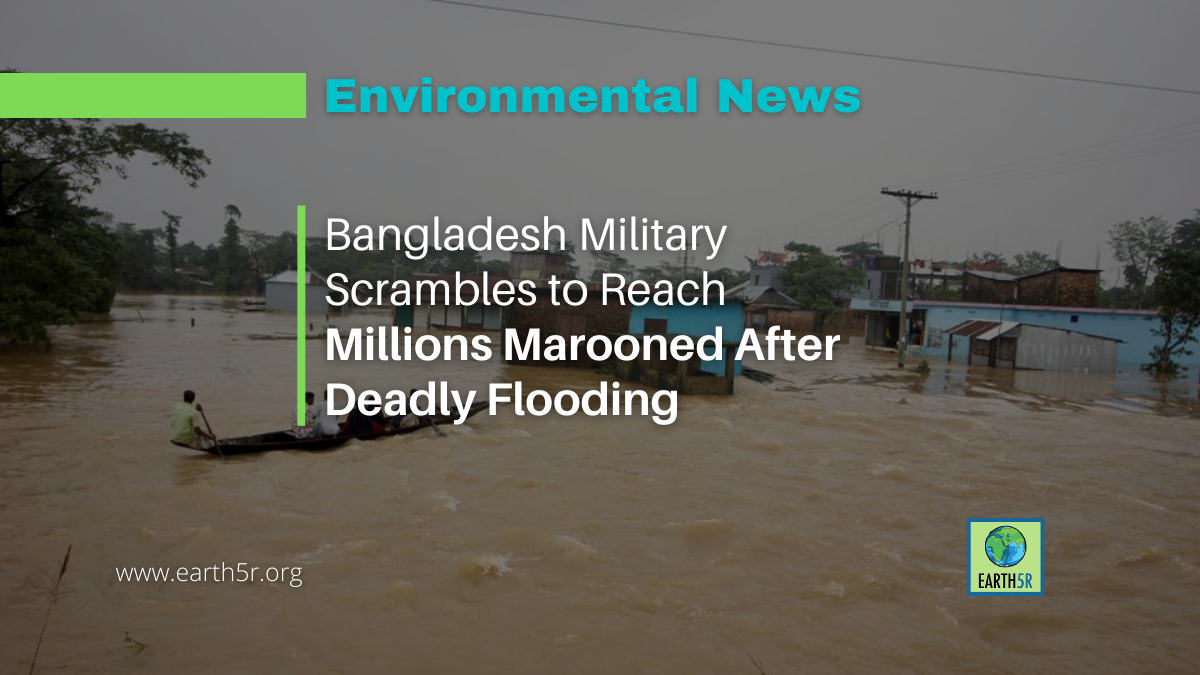 Soldiers on small boats delivered relief material on Monday across flooded towns and villages in Bangladesh, after more than nine million people were marooned in the low-lying country and neighboring India following heavy rains, officials said.

At least 32 people have been killed in Bangladesh since late last week following monsoon downpours that triggered catastrophic flooding in the northeastern Sylhet administrative division, leaving around a quarter of its 15 million population stranded amid fast-rising waters and swollen rivers.

“The flooding is the worst in 122 years in the Sylhet region,” Atiqul Haque, Director General of Bangladesh’s Department of Disaster Management, told Reuters, adding that a dozen districts in the north and northeast had been swamped by floods.

“Rescue and relief operations have been intensified, with army and navy officials reaching out to more people trapped in floodwater,” Haque said.

Large swathes of entire settlements were submerged under brown swirling waters, as military personnel in boats arrived with drinking water and food for people sheltering on the upper floors of buildings, local television footage showed.

Indonesia and Germany Team Up for ...

Even Antarctic Snow Can’t Escape the ...