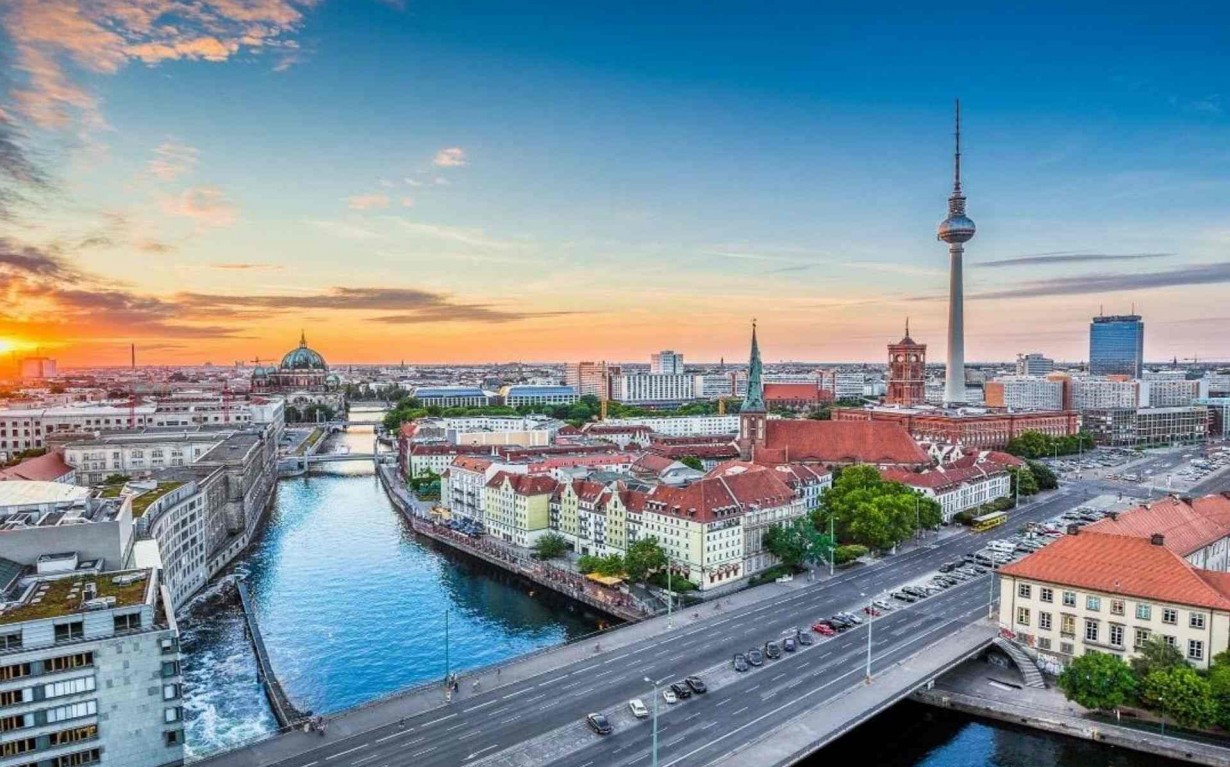 More than 800,000 people become ill in Germany every year because of NO2 emissions.

Berlin has the 4th largest economy in the world by nominal GDP with strongest sectors in construction, electrical industry and engineering. The city is a major centre for international business founders, research and tourism. It is also a part of the Eurozone and European Union.

Air Pollution in the city of Berlin (rt.com)

Water shortage due to climate change in the surface water bodies of Berlin (dw.com)

HOW DOES CLIMATE CHANGE IMPACT THE CITY?

ACTIONS FOR THE ENVIRONMENT

INITIATIVES  BY THE ADMINISTRATION

Berlin is one of the leading cities in Europe for combating air pollution, having cut its greenhouse emissions by a third since 1990.

INITIATIVES BY NGOS AND INTERNATIONAL ORGANIZATIONS

Friends of the Earth Germany organizing a Protest (foei.org)

Local sustainable lifestyle is essential,  what is not local is not sustainable (go green)

Original Unverpackt is a supermarket dedicated to zero waste packaging

A circular economy is an economic system of closed loops in which raw materials, components and products lose their value as little as possible. Renewable energy sources are used and systems thinking is at the core.

HOW CAN A CIRCULAR ECONOMY SOLVE BERLIN’S ENVIRONMENTAL ISSUES?

Berlin’s Circular Construction Ecosystem project was carried out by Climate-KIC Germany to leverage points in Berlin’s construction sector, which stakeholders could use to enable a circular economy. The following areas were defined as key levers:

The Earth5R team visited the Dharavi Recycling Centers in order to partner with them on their team’s endeavour to make a zero waste economy and increase job opportunities for the recyclers. Ravi Bhanushali, a partner of Earth5R, gave the team a tour through the entire center.

During this visit, the team was able to set up recycling networks and bring more local recyclers under the “ACT Powai” program. The team talked to them about how they could be a major stakeholder in ACT Powai and how they could recycle all the dry waste in the area.

Each day, these individuals at Dharavi segregate and process 1 tonne of waste. They are extremely hard working and a very important part of making a sustainable society, making it crucial for Earth5R to partner with them, because what is not local, is not sustainable.

Earth5R team interacting with recyclers for collaboration on the ACT Powai Project (Earth5r.org)