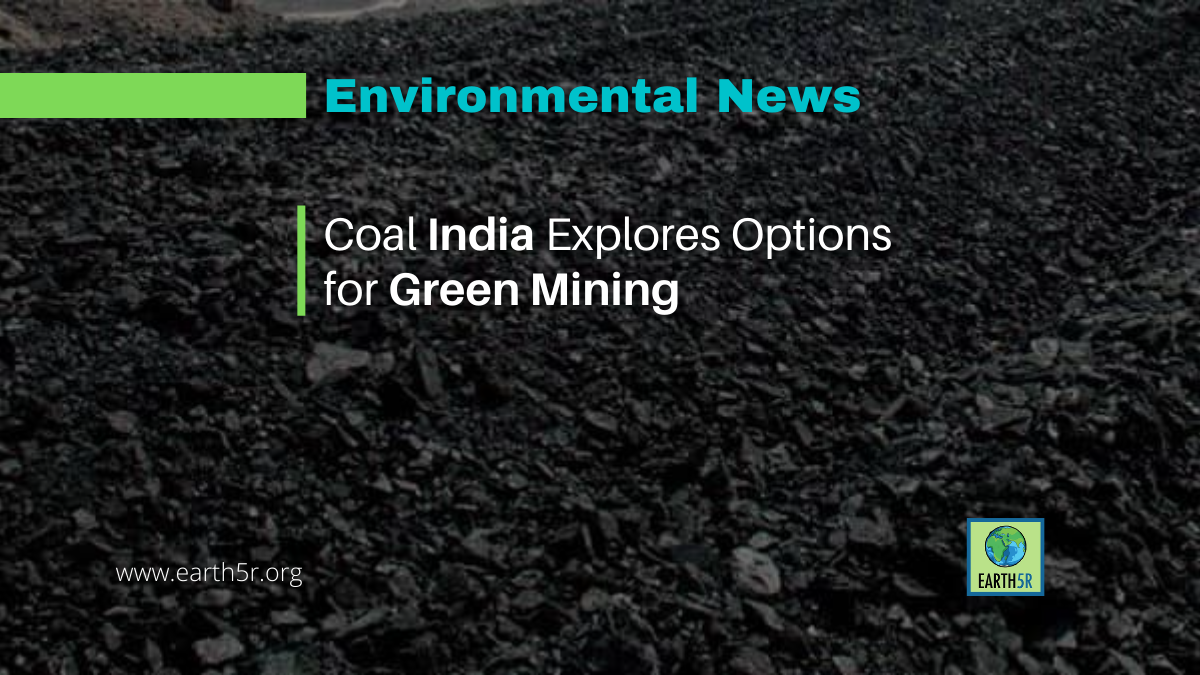 Coal India Ltd (CIL) said it is taking looking at green mining options with a view to minimizing adverse environmental impact by leveraging a slew of eco-friendly technologies in both underground mining and open cast methods.

In a statement, Coal India said it is exploring ramping up its underground production by four-fold to 100 million tonnes by FY2030 from 25.6 MT in FY22. Underground output is environmentally clean, minimally invasive on land degradation, and society friendly, it said, adding that around 70% of the country’s coal reserves are conducive for UG mining.

“The aim is to make UG production sizably supplement the opencast output. At the current rate, mineable coal reserves at existing OC will slowly start lowering,” said the statement.

With land turning out to be a major pain point for the expansion of coal mining operations, eco-friendly technologies bypass land acquisition and avoid its degradation, according to Coal India. The locked-up coal assets left out earlier due to techno-commercial and safety concerns can now be unearthed through these technologies.