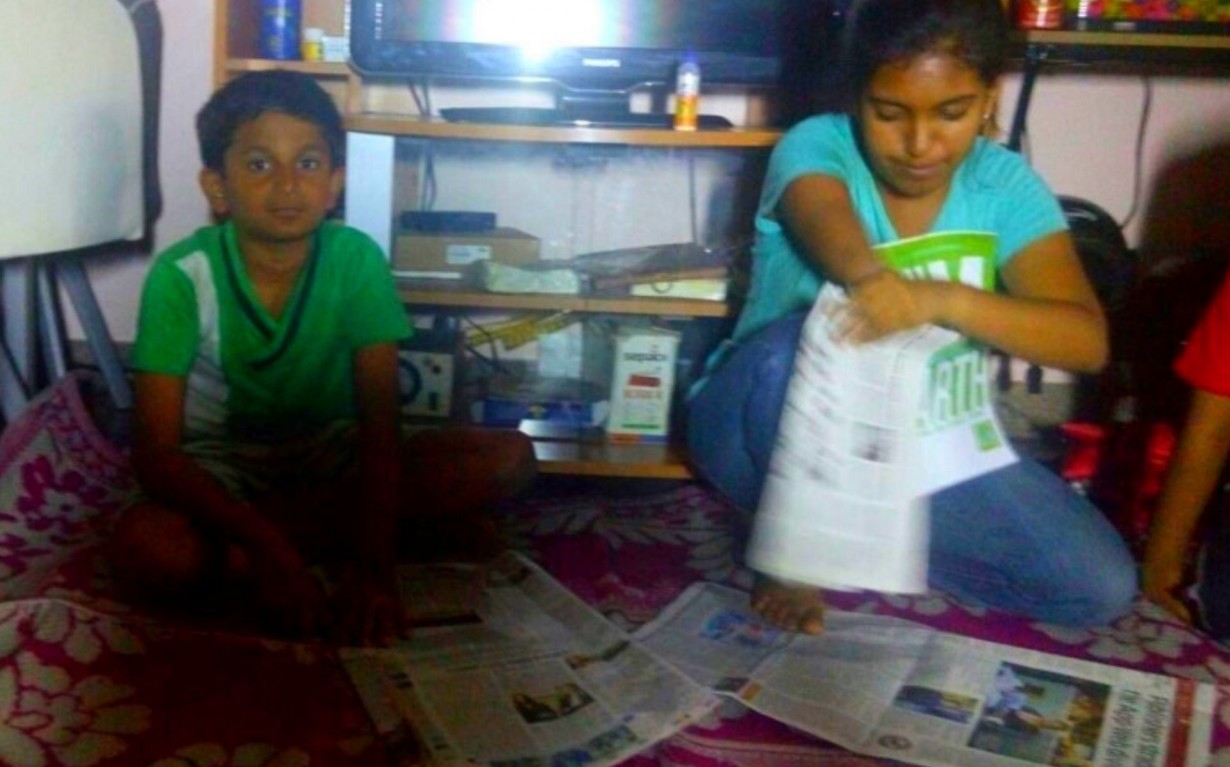 On 28th of October, Parinitha of the Bangalore team conducted an EarthTalk in her mother’s tuition classes, which has about 8 kids, with the help of her neighbours.

Parinitha, Bhoomika and VishnuPriya spoke to the kids about the importance of waste segregation and how they can help by starting out small in their homes.

The age range of the kids was 6-12. The youngest one above, who is 6 years old, promised that he would tell his mother to segregate waste at his home. They spoke to the kids about Diwali, too, since the season was approaching. And it turned out that a few of them had few crackers and the others had decided not to burst crackers at all. It warmed Parinitha’s heart to see so much enthusiasm in that tiny little boy! As a treat, they got to make paper bags in the end!