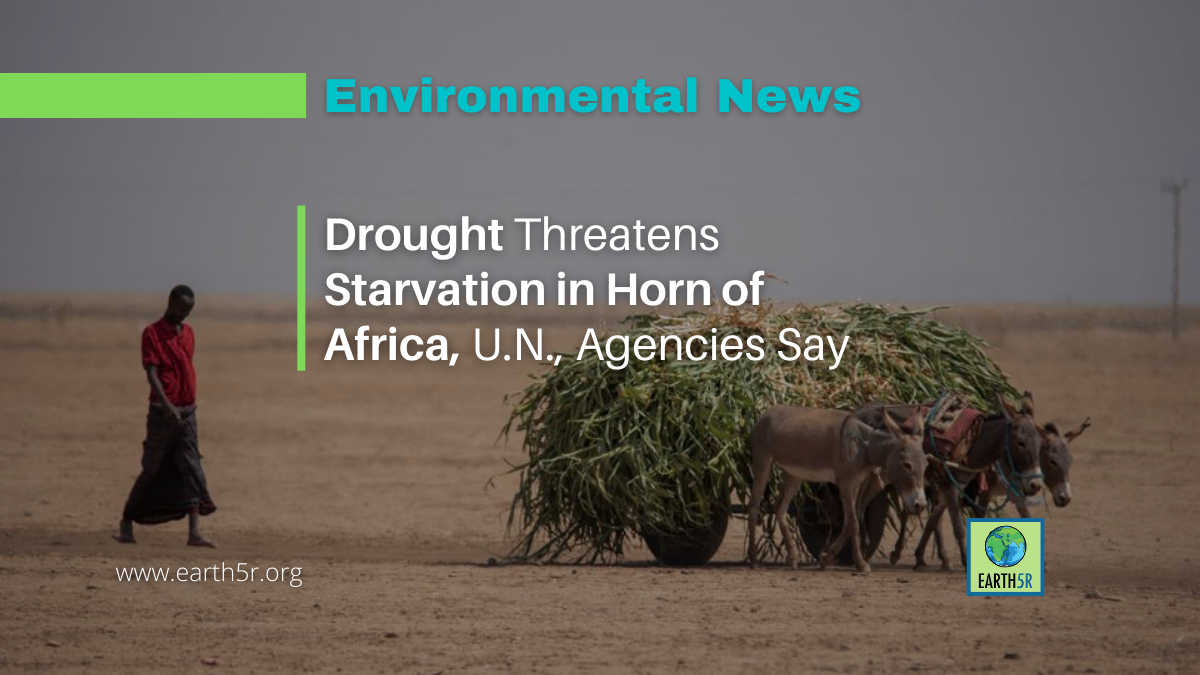 Millions of people face severe hunger in the Horn of Africa as the worst drought in more than 40 years could extend to a fifth consecutive failed rainy season, the United Nations and humanitarian agencies warned on Tuesday.

The March-May rainy season appears likely to be the driest on record, devastating livelihoods and deepening a humanitarian emergency in Ethiopia, Somalia, and parts of Kenya, including the risk of famine in Somalia, they said in a joint statement.

There is a risk that the October-December rainy season could also fail.

Drought has combined with a global rise in food and fuel prices, pushed up by the war in Ukraine, to impact millions of people across the continent.

An estimated 16.7 million people currently face acute food insecurity in East Africa and that figure could increase to 20 million by September, the statement said.

Spain Battles Wildfires as it Swelters ...