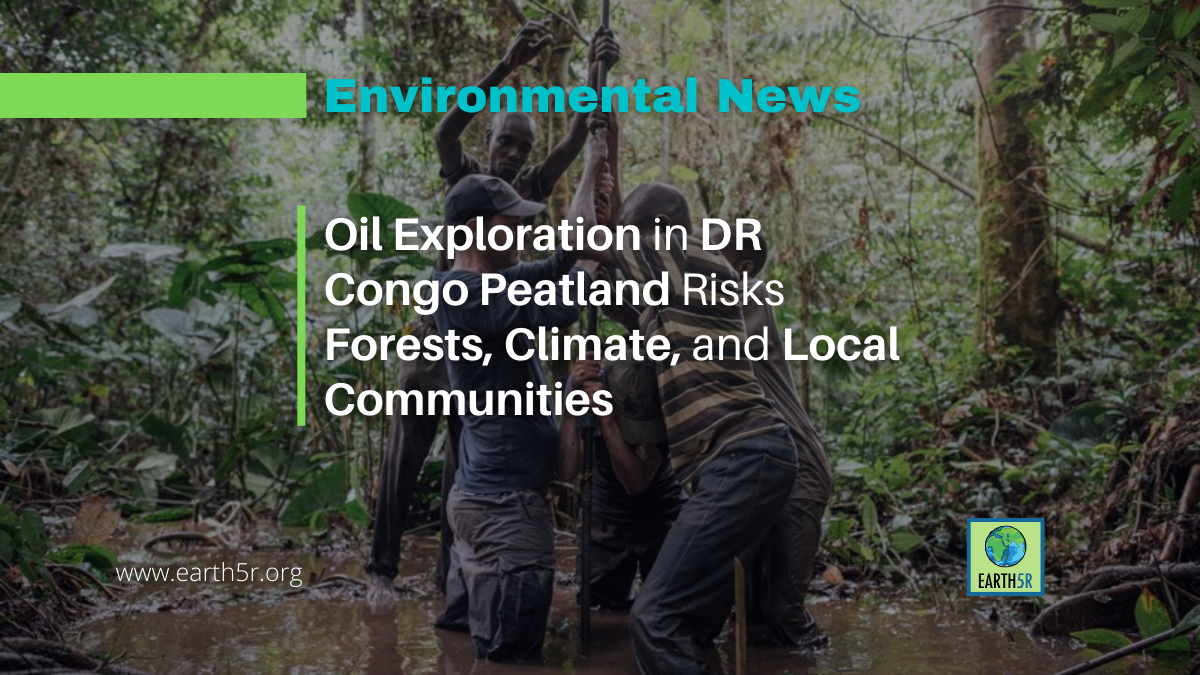 Last month, the Democratic Republic of Congo approved the auctioning off of 16 oil blocks, at least nine of which are in the fragile peatland ecosystem of the Cuvette Centrale. The auction aims to increase government revenue and boost domestic production of oil from its current modest level of 25,000 barrels per day.

“This is a historical error that must be corrected immediately,” Irene Wabiwa Betoko said. Betoko, who leads the Congo Basin Forest Project at Greenpeace Africa, is sharply critical of the Congolese government’s choice to favor oil over the forest and human rights.

In a statement, Greenpeace noted that “The Cuvette Centrale is a complex that is rich in peatlands, biodiversity and, according to 2017 estimates, contains around 30 gigatonnes of carbon, equivalent to 15 years of emissions from the United States.”

Joe Eisen, executive director of Rainforest Foundation UK, fears that exploring for oil in these new blocks poses significant risks for the peatlands as well as the rights of hundreds of local and Indigenous communities. The extensive infrastructure required to prospect, drill for, and eventually transport oil could also lead to a cascade of deforestation as other land-use changes take place around the roads and new settlements that accompany it.

The blocks being put up for auction are in unique ecosystems which play a major role in stabilizing the world’s climate. In 2017, a team led by ecologist Simon Lewis published research describing a massive peat bog in the Congo Basin.

As Large Areas of Brazil’s Atlantic ...

The West can Cut its Energy ...