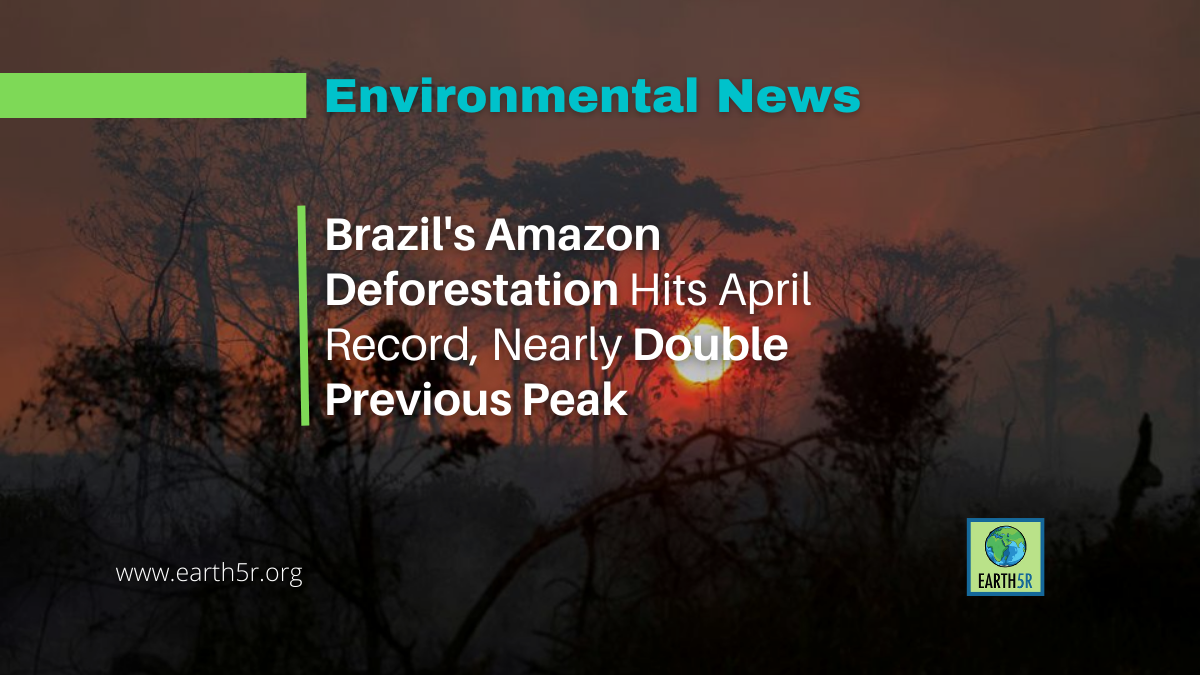 In the first 29 days of April, deforestation in the region totaled 1,012.5 sq km (390 sq miles), according to data from the national space research agency Inpe. The agency, which has compiled the monthly DETER-B data series since 2015/2016, will report data for the final day of April next week.

April is the third monthly record this year after new highs were also observed in January and February.

Destruction of the Brazilian Amazon in the first four months of the year also hit a record for the period of 1,954 sq km (754 sq miles), an increase of 69% compared to the same period of 2021 – clearing an area more than double the size of New York City.

Deforestation in the Amazon has soared since right-wing President Jair Bolsonaro took office in 2019 and weakened environmental protection. Bolsonaro argues that more farming and mining in the Amazon will reduce poverty in the region.

Flooding in Pakistan Kills Dozens as ...