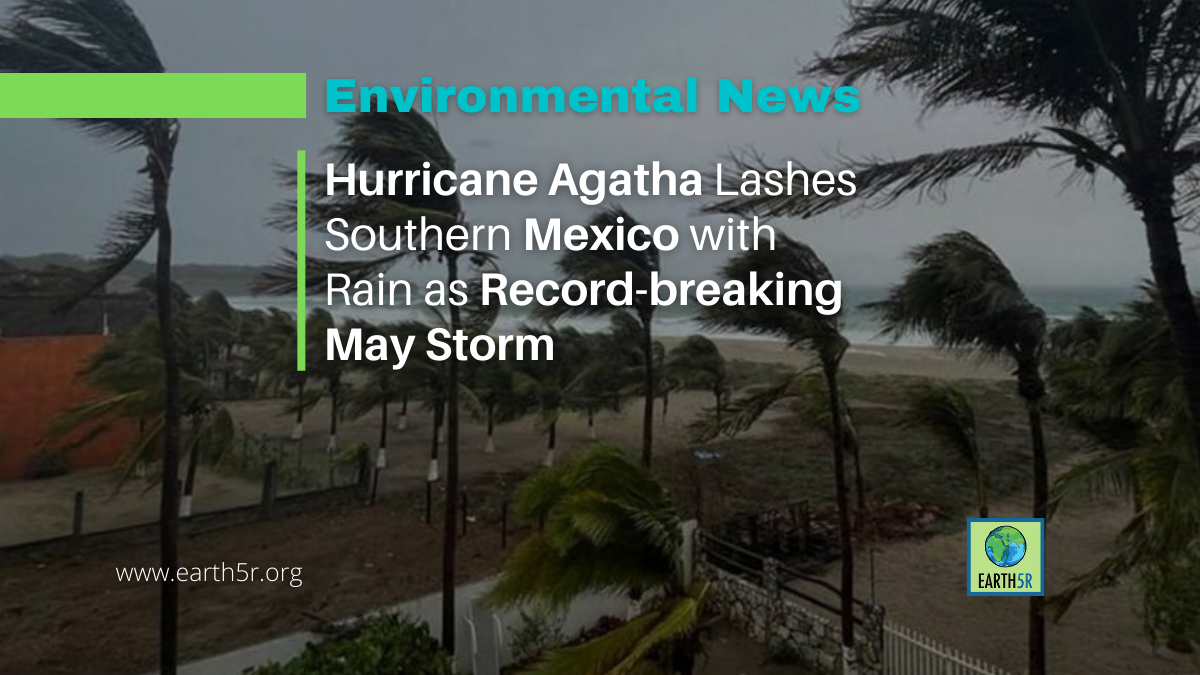 Hurricane Agatha plowed into beach resorts on Mexico’s southern Pacific coast on Monday, bringing torrential rains and the threat of flooding as the first named storm in the eastern Pacific this year.

Mexico’s National Guard said it deployed units in Oaxaca and the neighboring states of Guerrero and Chiapas to bolster security and assist people taking cover from the storm.

Agatha was the strongest hurricane to reach land on Mexico’s Pacific coast during the month of May since records began in 1949, the Miami-based NHC said on Twitter.

In Oaxaca, the storm left two highways impassable and knocked out telephone lines, forcing local authorities to communicate by radio, they said.