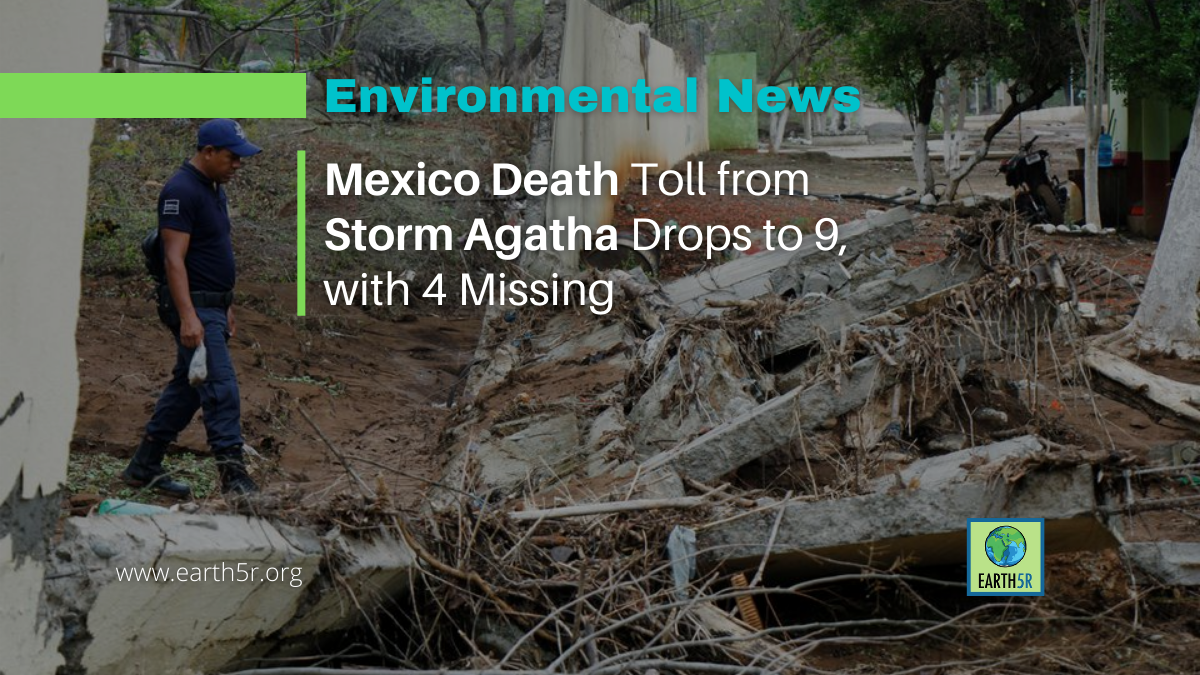 Mexico Death Toll from Storm Agatha Drops to 9, with 4 Missing

The death toll caused by Hurricane Agatha in Mexico fell to nine after initial reports of 11 dead, state authorities said on Wednesday.

Agatha made landfall as a Category 2 hurricane on Monday afternoon, touching down with 105 mile-per-hour (169 km per hour) winds near the beach town of Puerto Angel on the Pacific coast, before dissipating on Tuesday as it moved inland.

The governor of Mexico’s southern state of Oaxaca, Alejandro Murat, had said on Wednesday morning that 11 were dead and 33 missing following the storm.

State authorities said many of the missing were found after contact was reestablished with Oaxaca’s remote communities.

Oaxaca’s governor said the tallies of dead and missing were preliminary, and urged people to remain alert.

Monsoon Covers Half of India; Rainfall ...

Can a Waste-to-energy Plant Address Pile ...