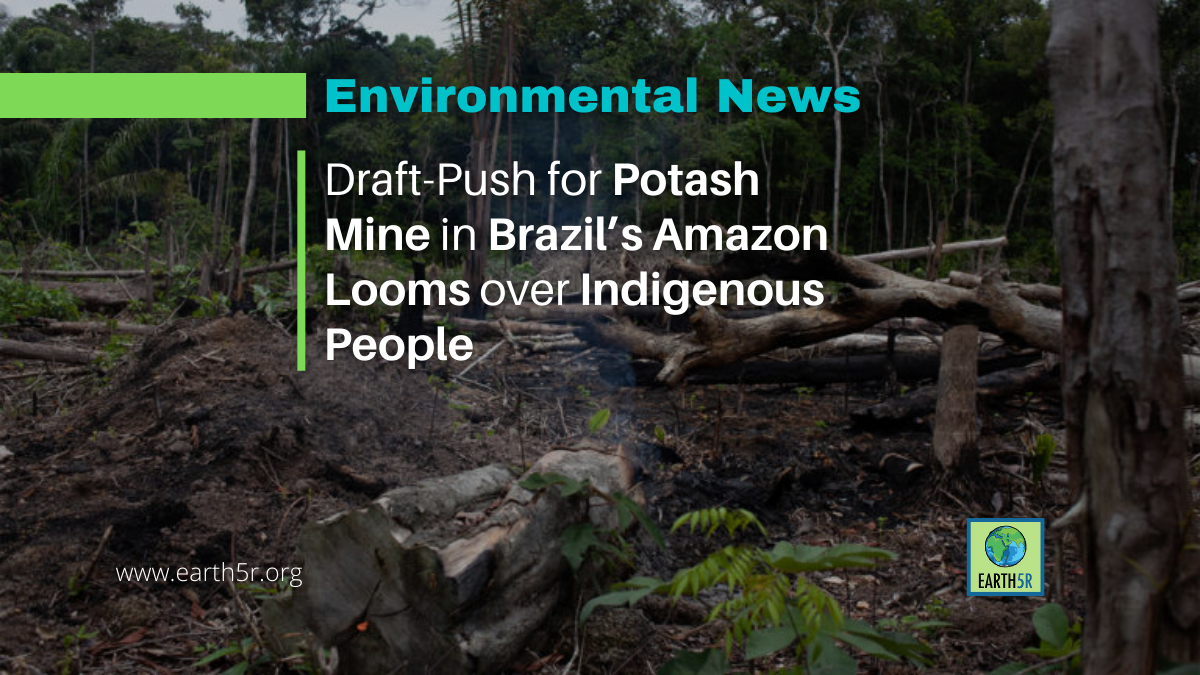 Packed into a thatched-roof meeting hall in the village of Urucurituba, deep in the Brazilian Amazon, hundreds of Mura Indigenous people mulled over whether to allow a massive potash mine on their lands. Some worried it could pollute their rivers, killing the fish they depend on. Others questioned if the mine would really bring prosperity to this corner of Brazil’s Amazonas state.

The meeting, held in early April, was the first step in a long-awaited consultation process giving the Mura people a fair chance to weigh in — a right enshrined in Brazilian and international law — on whether the mining company, Potássio do Brasil (Brazil Potash Corp.), should be allowed to explore potash next door to their villages. Potash is a key ingredient in the production of fertilizer, used for replenishing depleted soil nutrients.

“We have a right to this land,” said Sérgio do Nascimento, the tuxaua, or leader, of the village of Soares. It’s one of 44 Mura communities scattered ​​across Autazes, a municipality 100 kilometers (60 miles) east of Manaus, the Amazonas state capital. “We want nothing more and nothing less than what is within our rights.”