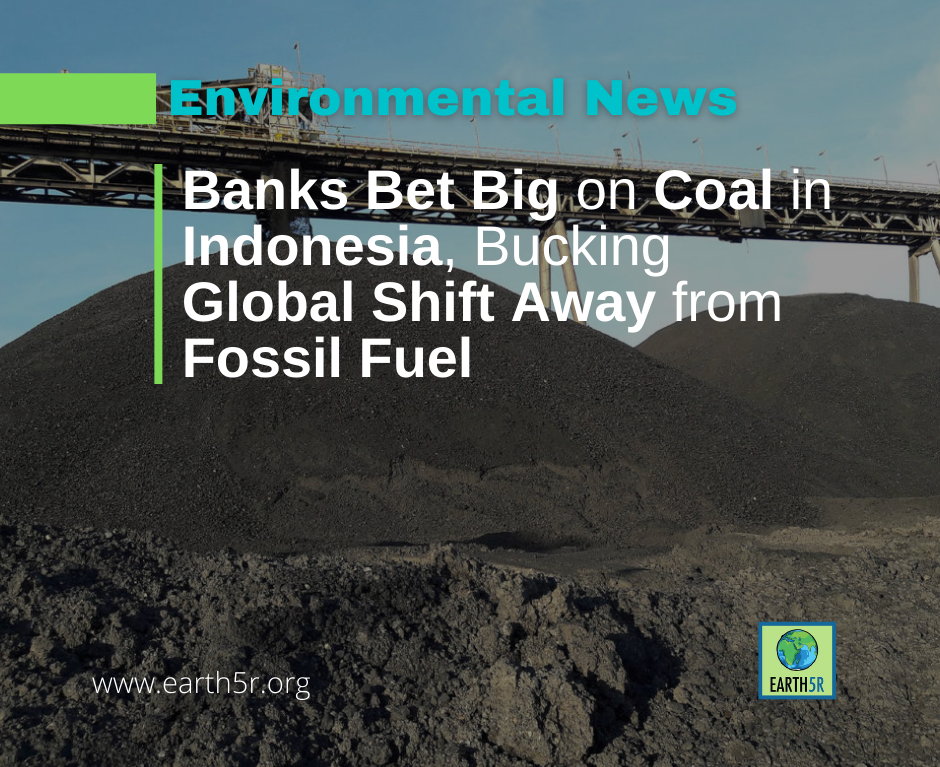 JAKARTA — A surge in coal prices is driving a wave of bank loans to miners in Indonesia, the world’s fifth-largest coal producer, and top exporter. By continuing to finance the fossil fuel industry, banks like Citigroup, BNP Paribas, and Standard Chartered are making it harder for Indonesia to transition to clean, renewable energy, analysts say.

“Now that there’s a surge in commodity prices, banks are rushing to channel loans to mining companies [to procure] heavy equipment or capital,” Bhima Yudhistira Adinegara, director of the Center of Economic and Law Studies (CELIOS), a Jakarta-based think tank, said in a recent online press conference.

Data from Indonesia’s financial regulator, the OJK, show that lenders channeled 26.83% more money to the country’s mining industry in January 2022 compared to the same period in 2021. The increase is much higher than the year-on-year growth in overall loans of 5.79%.

It comes as global coal prices are hitting record highs, more than $400 per metric ton, as a result of global uncertainty over energy supplies due to the Ukraine conflict and sanctions on Russia, which accounts for around 20% of global thermal coal exports.