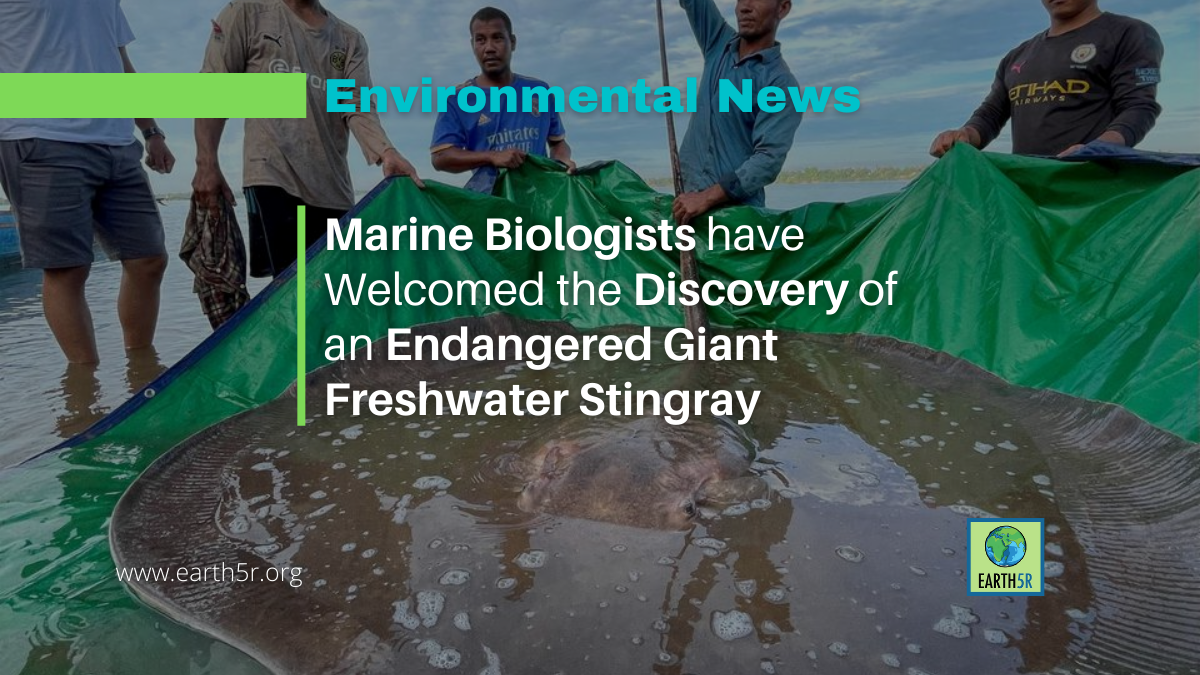 A team of marine biologists has welcomed the discovery of an endangered giant freshwater stingray during a recent expedition to a remote stretch of the Mekong River in Cambodia, though they warned the biodiversity of the area was under threat.

The stingray was accidentally caught by fishermen in an 80-meter (260 ft) deep pool in the Mekong in Cambodia’s northeastern Stung Treng province and the visiting scientists helped return the animal alive.

“This catch was significant because it confirms the existence of these big fish in the stretch of river,” said Hogan, who led the USAID-funded Wonders of the Mekong expedition that wrapped up last week.

“This is a very remote stretch of river, it’s not well studied, it’s incredibly important for fisheries and biodiversity, and it’s also a stretch of river that is under threat,” he said. The team used unmanned submersibles equipped with lights and cameras as part of its efforts to study the deep pools in the area.

This part of the river could suffer “devastating ecological effects” if proposed hydropower dams go ahead in the area, a statement from the expedition team said. Other threats include illegal fishing and plastic waste. Hogan, who’s been studying the biodiversity in the Mekong for more than two decades, said the declining population of some freshwater fish in the river was very worrying.