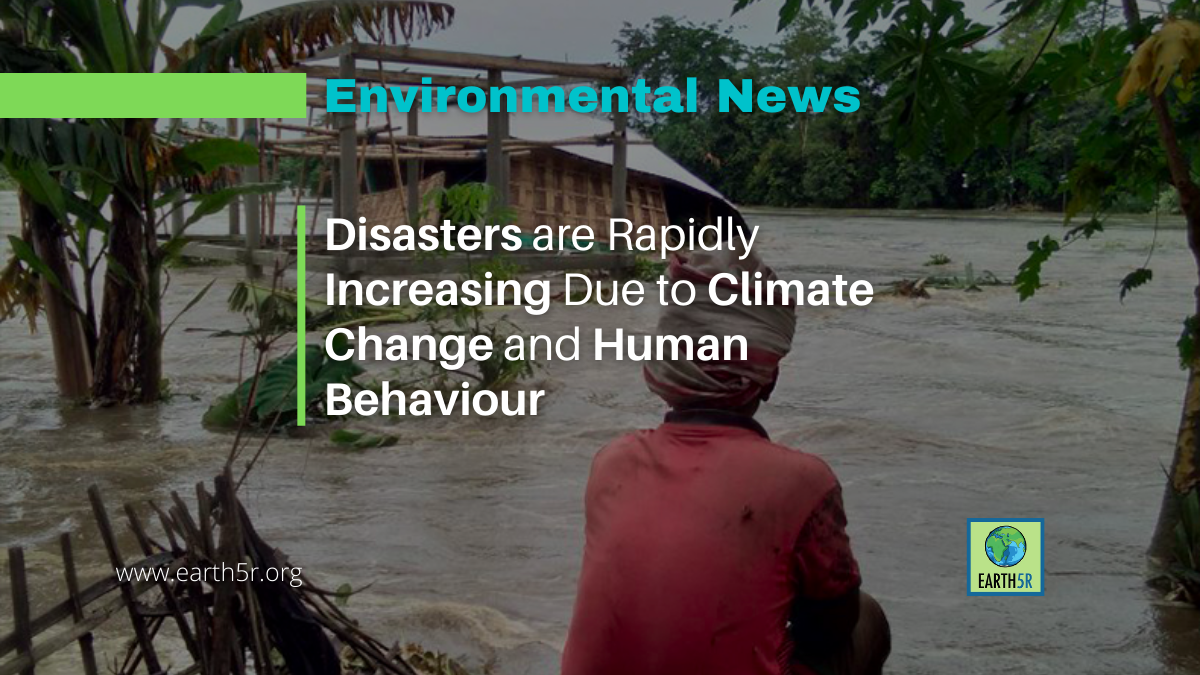 Disasters are Rapidly Increasing Due to Climate Change and Human Behaviour

Environmental News from Asia-Pacific: Human activity and behavior, on top of climate change, contribute to an increasing number of disasters across the world, finds a UN report.

An additional estimated 37.6 million people will be living in extreme poverty due to the impact of climate change and disasters by 2030. According to the report, a worst-case scenario will push an additional 100.7 million people into poverty by 2030.