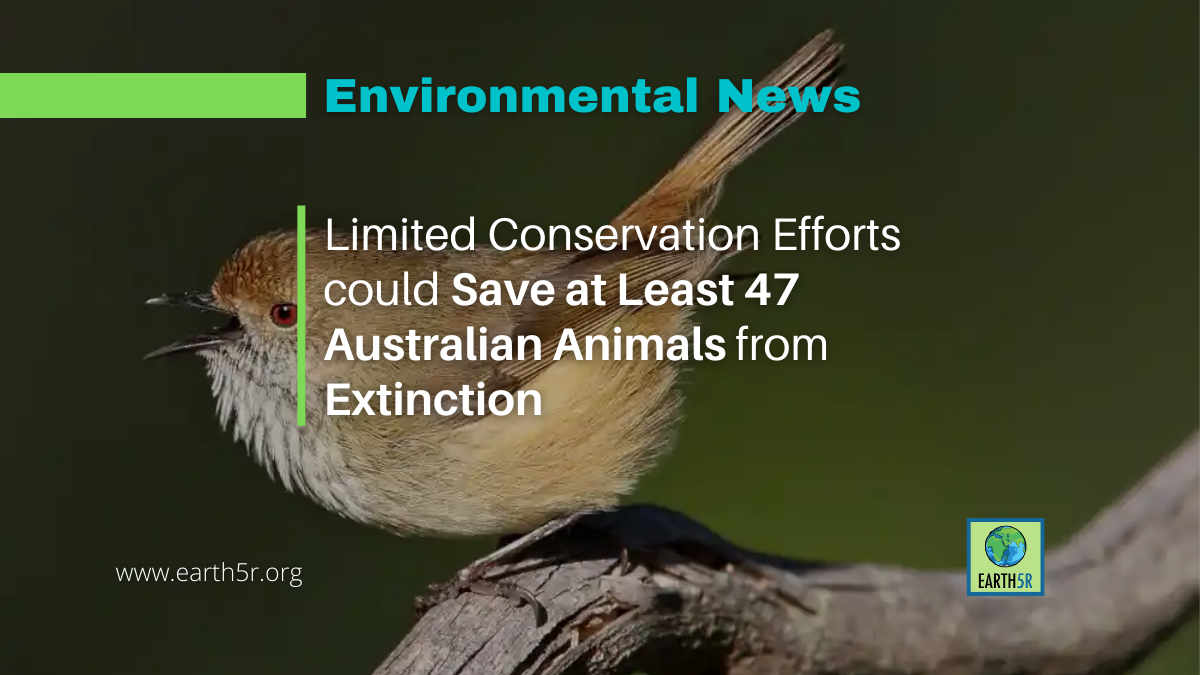 More than 40 Australian animals at the highest risk of extinction in the next two decades could be saved – and it would take only a small amount of extra conservation effort to achieve this, according to new research.

A team of Australian scientists has identified the 63 vertebrates they believe are most likely to go extinct by 2041 and found at least 47 can be brought back from the brink.

They say while the data is alarming it presents an opportunity for the new Albanese government to invest in conservation improvements.

The 47 animals include 21 fish, 12 birds, six mammals, four frogs, and four reptiles, with nine of those species estimated to have a greater than 50% risk of extinction in the next 20 years.

Among the most desperate are small freshwater fish from the group known as galaxiids, including the stocky galaxias – found in the Kosciuszko national park – and Victoria’s Yalmy galaxies and West Gippsland galaxies.

Mahogany, a Pillar of the Rainforest, ...