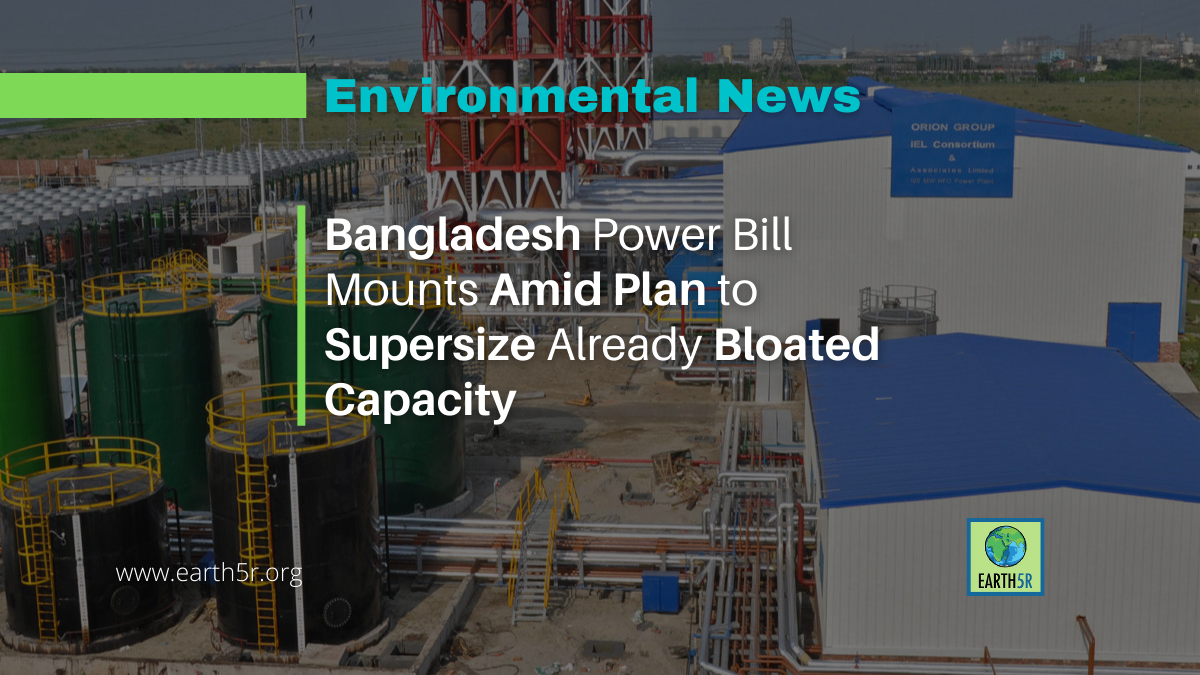 A glut of electricity-generating capacity means Bangladesh is paying hundreds of millions of dollars in incentives to power producers that aren’t churning out any electricity, according to a government report.

The country’s total installed capacity — the combined output of all its power plants working at full capacity — is 22,031 megawatts, while the total demand for electricity in the country is just 13,792 MW. That’s according to the Bangladesh Power Development Board’s (BPDB) 2020-21 annual report and puts the country’s electricity overcapacity at nearly 60%.

Under the terms of its various agreements with power producers, the government pays the latter, what’s known as a capacity charge, meant to ensure electricity is always available on tap, even if it means paying them to remain idle. For the 2020-21 fiscal year, the capacity charge paid to 37 private power producers amounted to the equivalent of $1.35 billion, the BPBD report says.

During the same period, the government also paid out the equivalent of $1.39 billion in subsidies to state-owned electricity utilities, the report says.

These figures make the government’s plans to continue adding capacity “ridiculous,” says Hasan Mehedi, secretary-general of the Bangladesh Working Group on External Debt, a group of NGOs and activists. Mehedi adds the actual overcapacity is more than the estimate as electricity consumption declines during the winter months (to about 8,000 MW, according to the BPBD report).

How Increasing Taxes and Decreasing Subsidies ...