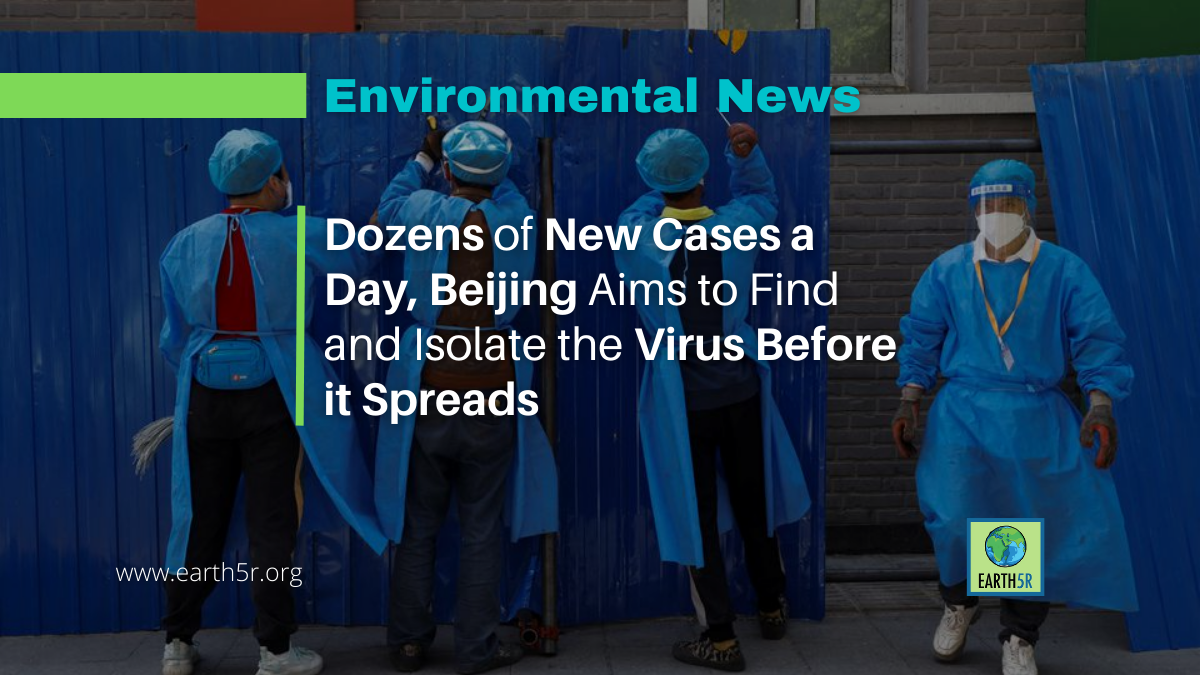 Dozens of New Cases a Day, Beijing Aims to Find and Isolate the Virus Before it Spreads

Beijing shut scores of metro stations and bus routes and extended COVID-19 curbs on many public venues on Wednesday, focusing efforts to avoid the fate of Shanghai, where millions have been under strict lockdown for more than a month.

The central city of Zhengzhou earlier also announced restrictions, joining dozens of big population centers under some form of lockdown as China seeks to eliminate a virus believed to have first emerged in Wuhan city in late 2019.

But that uncompromising battle is undermining its growth and hurting international companies invested there, data shows, and has also fuelled rare public outbursts of discontent.

With dozens of new cases a day, Beijing is hoping mass testing will find and isolate the virus before it spreads. Twelve of 16 city districts held the second of three rounds of tests this week.

The city of 22 million on Wednesday shut more than 60 subway stations, about 15% of the network, and 158 bus routes; service providers said most in the Chaoyang district at the epicenter of Beijing’s outbreak.

The West can Cut its Energy ...