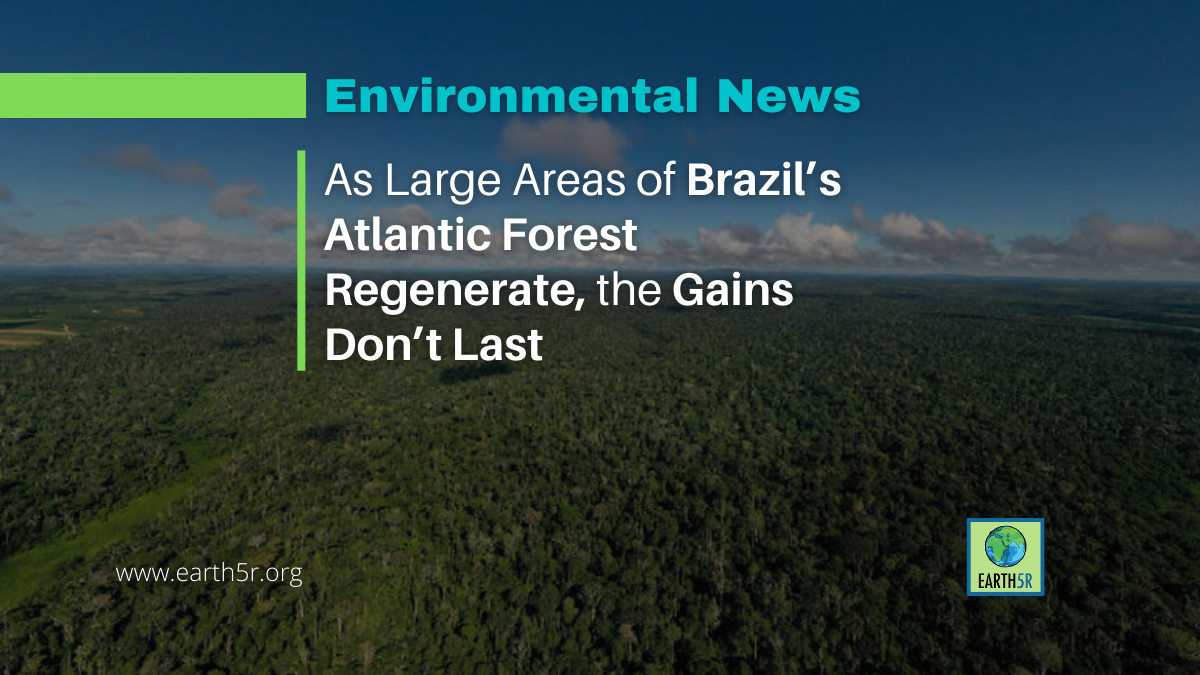 For conservationists working to save the Atlantic Forest in Brazil, a key challenge has been maintaining recovered areas that lie inside private properties. Yet for recovery efforts to be successful, it’s necessary to investigate how long naturally regenerated forests (those recovering without human interference) are surviving.

Scientists now have an answer to that question: less than eight years on average, according to a recent study by a team of Brazilian researchers.