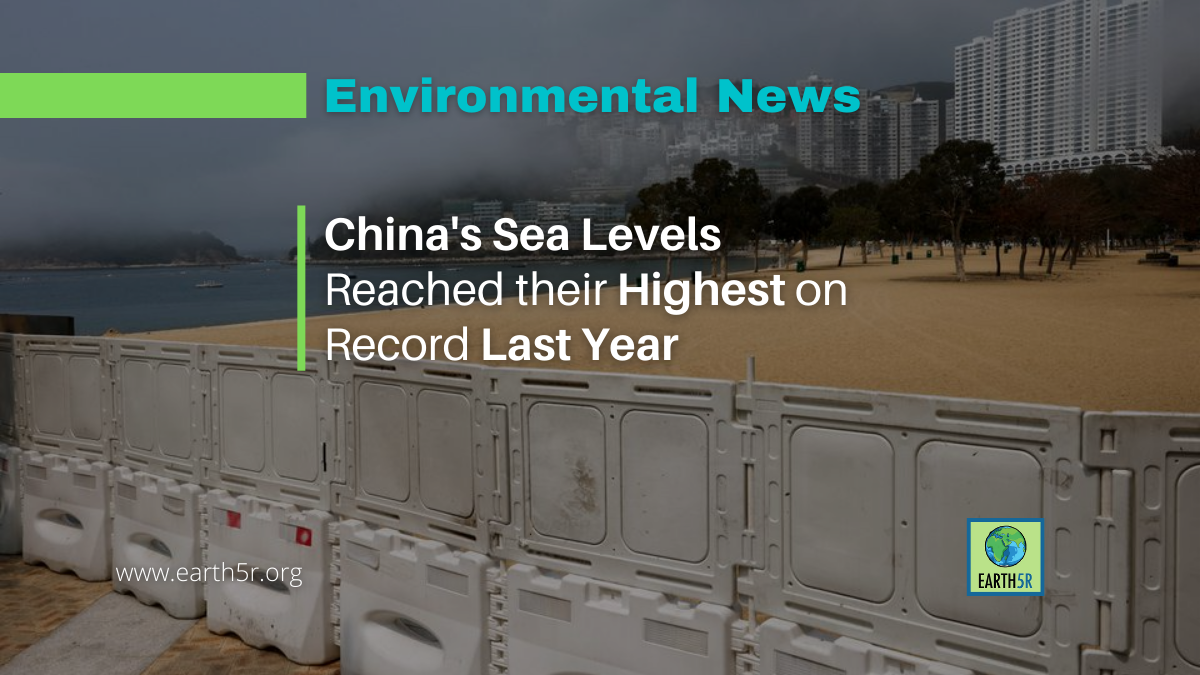 China’s sea levels reached their highest on record last year, swelled by rising water temperatures and the melting of glaciers and polar ice caps, the government said in a report.

Coastal sea levels were 84 mm (3.3 inches) higher in 2021 than the average over the period from 1993 to 2011, the National Marine Environmental Monitoring Center said in an annual bulletin.

Saturday’s report warned that rising sea levels brought by climate change were having a “continuous impact” on the development of coastal regions and urged authorities to improve monitoring and bolster early warning and prevention efforts.

The long-term effects of such a rise include erosion of coastal ecosystems and the loss of tidal flats, while coastal cities face greater risks of floods and salt tides, said the center, a research unit of the national resources ministry.

Coastal sea levels around China have now risen by an average of 3.4 millimeters (0.13 inches) a year since 1980, higher than the global rate over the period.

Although the temperatures of China’s coastal waters fell slightly in 2021 from the previous year, they were still the third-highest on record and 0.84 degrees Celsius above the 1993-2011 average.

Last year, the environment ministry forecast a rise of another 55 mm to 170 mm (2 inches to 7 inches) in coastal water levels during the next 30 years, which would require a greater effort by China to protect its coastline.