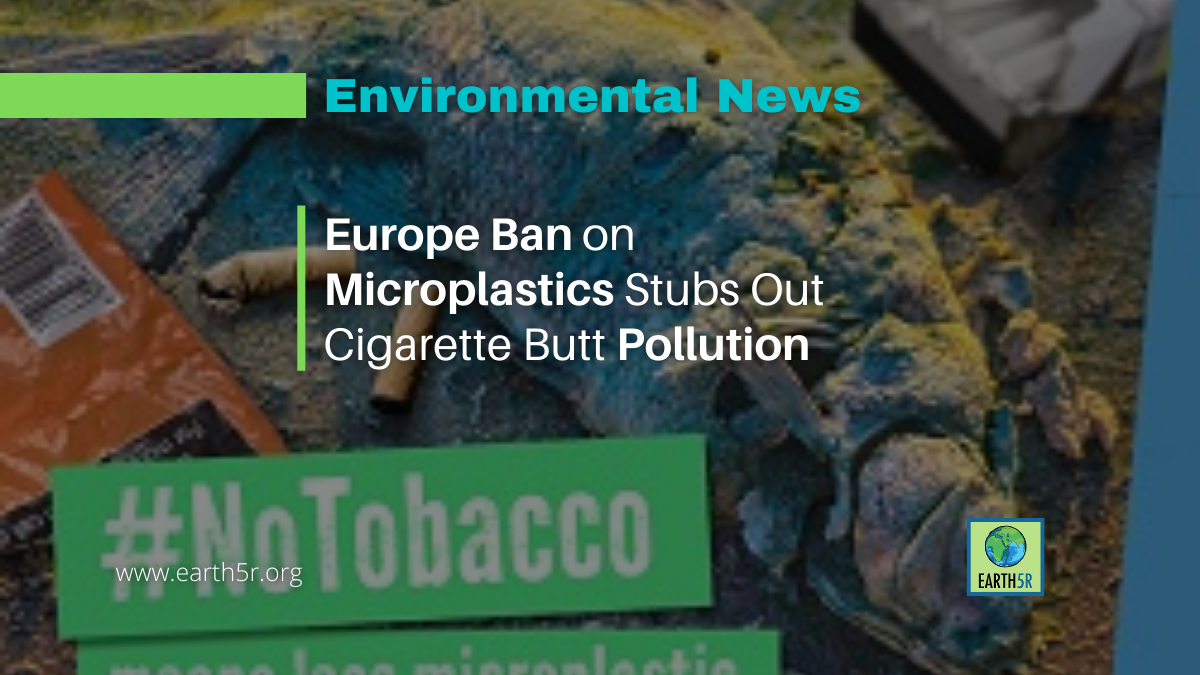 Since May 2018, the EU has been trying to tackle the top 10 types of litter found on Europe’s beaches – the second most common being cigarette butts. As part of the European Strategy for Plastics in a Circular Economy, it introduced a major directive aiming to phase out unnecessary single-use plastics. This directive takes aim at tobacco via the environmental damage caused by cigarette butts, 4.5 trillion of which are thrown away each year worldwide. The EU’s action is just one good example highlighted on World No Tobacco Day 2022, which this year is focusing on the impact of tobacco on our planet’s scarce resources and fragile ecosystems.

We all know tobacco is harmful. The science is unequivocal on the impacts of smoking to human health. But how bad is tobacco for the environment? This year’s World No Tobacco Day exposes how tobacco is poisoning the planet as well as people. Throughout the entirety of its life cycle, tobacco products cause dangerous environmental impacts. These range from crop production to post-consumer waste, deforestation, desertification, greenhouse gas emissions, and plastic pollution. As highlighted in the EU’s single-use plastic directive, cigarette butts also cause significant harm to the natural environment. They can be particularly damaging on beaches and in waterways: aside from plastic pollution, the chemicals leaching from cigarette butts can be lethal to marine and freshwater fish species.

Cornel Radu-Loghin is Secretary-General of the European Network for Smoking and Tobacco Prevention (ENSP). He explains how the single-use plastic directive has direct relevance to tobacco control. “There are now marking and labeling requirements as well as awareness-raising measures. The directive also imposes the implementation of extended producer responsibility schemes by 5 January 2023, under which the producers of these products would have to cover at least the costs of the awareness-raising measures as well as the cost of clean-up, collection, transport, and treatment of waste.”

$245-Million Initiative to Create and Maintain ...

World’s Oceans at Most Acidic Level ...