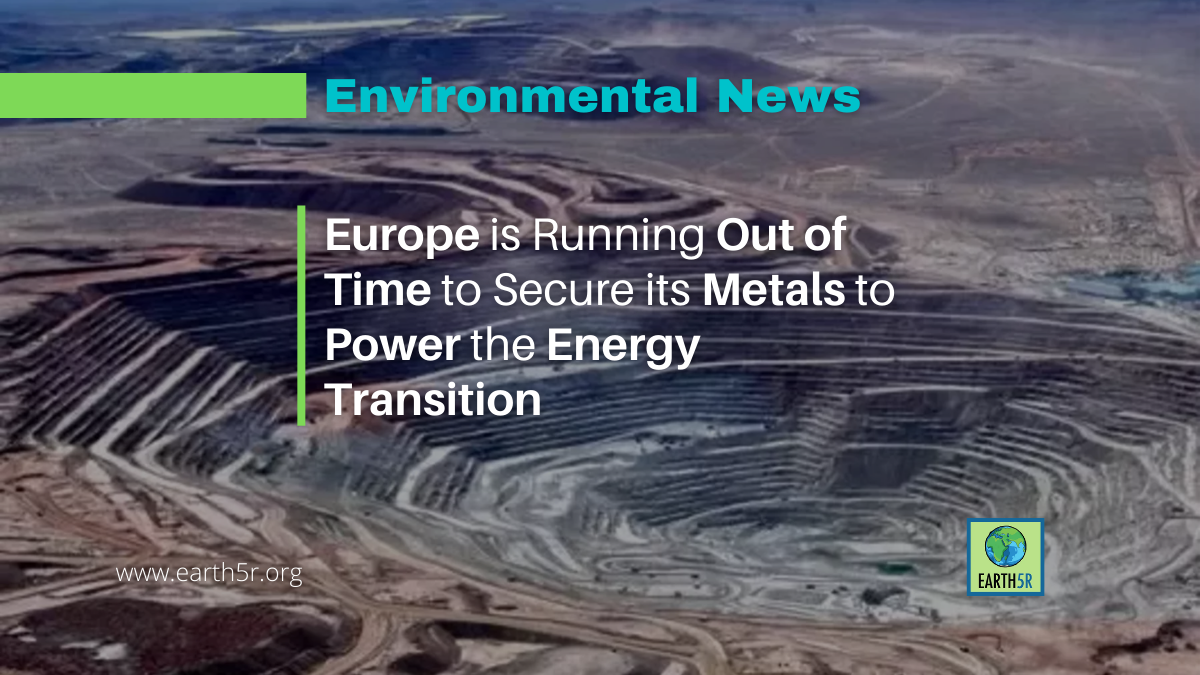 The Green Deal will play a crucial role in reducing Europe’s fossil fuel dependency, but “without a more strategic approach to developing primary and secondary raw material capacities in Europe, there will be no green and digital transition, ” according to Thierry Breton, El-J Commissioner for the Internal Market.

Europe is running out of time to secure the metals it needs to power the energy transition. The region’s import dependency for enabling metals was already high and has turned critical since Russia’s invasion of Ukraine.

Russia has historically been a major supplier of aluminum nickel, and platinum to the European market, while the European Union had high hopes of folding Ukraine into its battery sector build-out. Even worse, what Russia calls its “special operation” has sent European power prices soaring, forcing energy-intensive aluminum and zinc smelters to close or reduce output.

“The key question is speed,” according to German MEP Hildegard Bentele, who authored a parliamentary report on critical minerals last year. The European Union struggles with speed, having to coordinate legislation across 27 member states, but an accelerator may be coming.

$245-Million Initiative to Create and Maintain ...

The Rush of Tourists to Hills ...