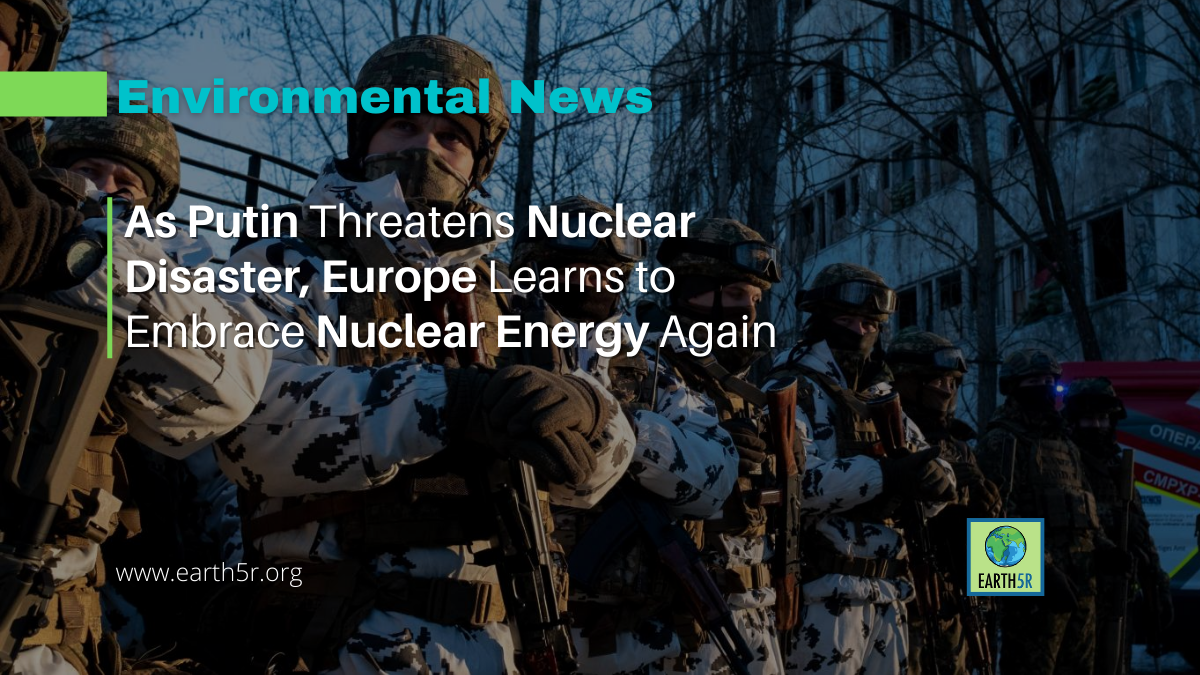 Environmental News from Europe: The instability resulting from the Russian invasion and mounting evidence of war crimes—has made finding alternatives to Russian oil and liquid natural gas (LNG) a policy priority for European nations who want to stop funding Putin’s war machine. With few options that offer true energy sovereignty, there is now renewed enthusiasm for nuclear energy among politicians in Europe.

On April 8, British Prime Minister Boris Johnson announced the U.K. would build up to eight new nuclear plants by 2030 to ensure “we are never again subject to the vagaries of global oil and gas prices” and “can’t be blackmailed by people like Vladimir Putin.”

Across Europe, there has been a growing acceptance that nuclear energy is an integral plinth of efforts to fight climate change, and Russia’s invasion of Ukraine has catalyzed that trend by injecting a national security argument. And as a leader in revolutionary new nuclear technology, the U.S. stands to be the chief geostrategic beneficiary of any revival. The question is whether engrained ideological aversion to nuclear power in key stakeholder states, particularly Germany, will quell that momentum.

The ideal solution is to replace coal and oil with renewables like wind, solar and tidal power. However, despite some significant advances in battery technology amid heaps of investment, there is still no viable storage solution to provide power when the sun isn’t shining, or the wind stops blowing. This means each nation’s energy portfolio requires a “firm” element.

The cheapest option is to swap out dirty coal for comparatively clean LNG, but Putin’s aggression has underscored the hidden costs of that approach. Nuclear energy is immune to the vicissitudes of oil and gas prices, and it’s also a zero-carbon technology.

Farm to Fashion: Indian Institutions are ...

Four Forests in Delhi to be ...

What Happened to Acid Rain? How ...