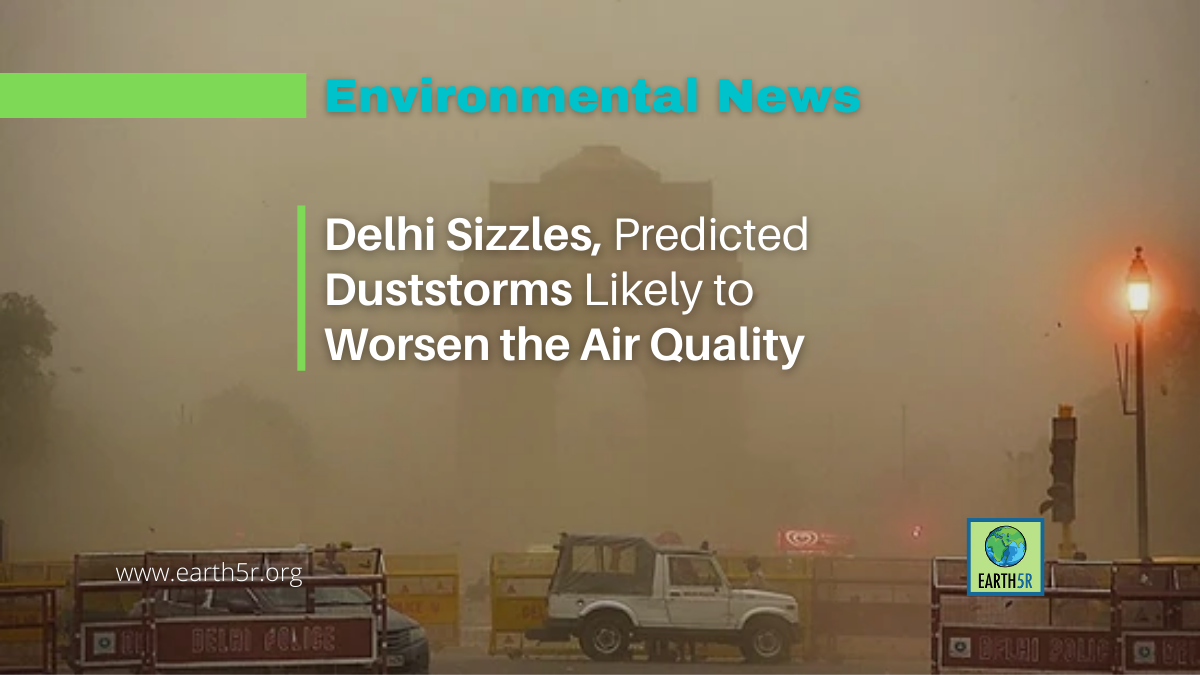 While heatwaves may continue till Saturday, duststorms on Friday, Sunday, and Wednesday, as predicted by India Meteorological Department (IMD), are likely to worsen Delhi’s air quality over the next few days. The air quality index (AQI) was 295 on Thursday, in the higher end of the “poor” category, compared with 285 on Wednesday.

According to IMD, the maximum temperature is likely to hover around 44 degrees Celsius on Friday. “The heatwaves will continue despite strong gusty winds. Sunday may see some respite from heatwaves, but the mercury will soar again from Monday,” said an official.

Meanwhile, the System of Air Quality and Weather Forecasting And Research (SAFAR) predicted “very poor” AQI for the next three days. According to experts, dust becomes a major source of pollution during summer because high temperature makes the soil dry. According to a 2018 source apportionment study by The Energy and Resources Institute and Automotive Research Association of India, dust — soil, road, and construction — contributes 25% of PMIO and 17% of PM2.5 in Delhi’s air pollution during the winter. However, during summers, the contribution is 42% in PMIO and 38% in PM2.5, it stated.

Anumita Roychowdhury of the Centre for Science and Environment said tackling this pollution would require extensive urban greening, protection of forests, and soil stabilization along with greening to create a green barrier against wind-blown dust.

Panama, America to Develop the Largest ...

Miners, Drug Traffickers, and Loggers: Is ...