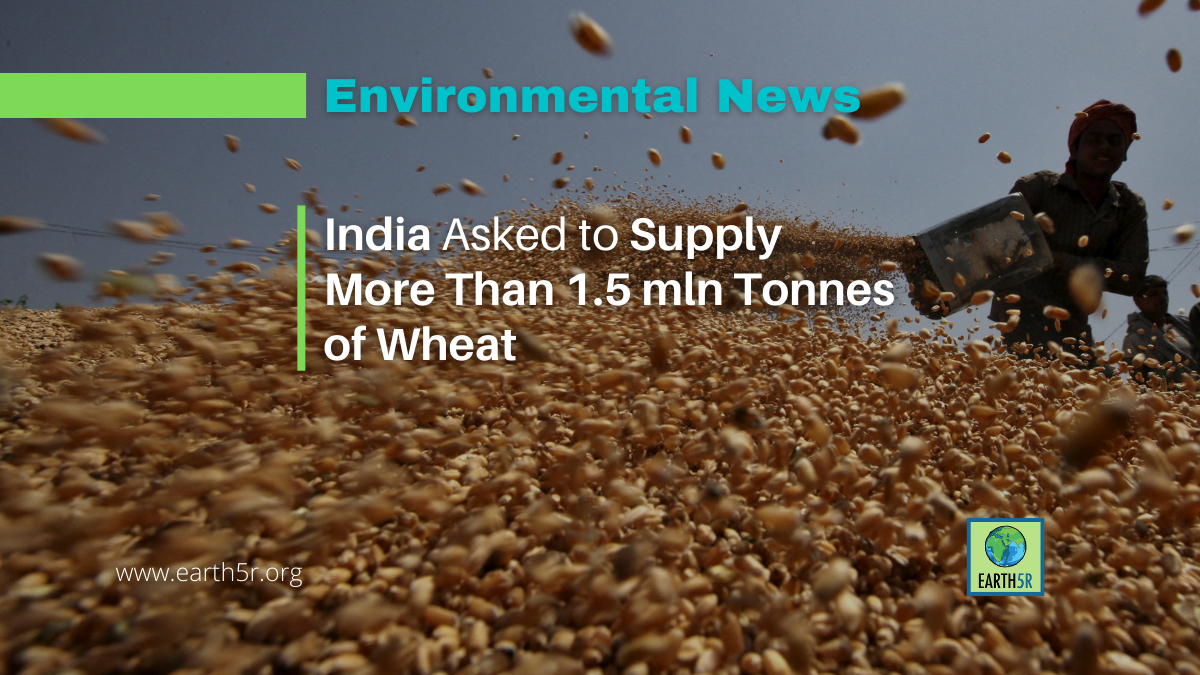 India Asked to Supply More Than 1.5 mln Tonnes of Wheat

India has received requests for the supply of more than 1.5 million tonnes of wheat from several countries that need the staple to overcome shortages triggered by the invasion of Ukraine by Russia, trade and government sources said on Monday.

“More than half a dozen countries have approached India for more than 1.5 million tonnes of wheat and we will see how to go about these requests,” said a government official who didn’t wish to be identified in line with official rules.

“India is keen to help vulnerable countries and anyone who needs wheat,” said the official involved in decision-making.

The bulk of the request has come from Bangladesh, a regular buyer of Indian wheat, the sources said. India, which has banned private wheat exports, is open to specific requests for grain from foreign governments.

For Bangladesh, Indian wheat is at least 30% cheaper than supplies from other origins, and it takes just about a week for Indian cargoes to reach there, said the chief of the Indian unit of a global trading firm. He didn’t wish to be identified as he’s not authorized to talk to the media.

97% of Sweden’s Forestry is Unsustainable ...

Takeaways for India from IPCC’s Assessment ...