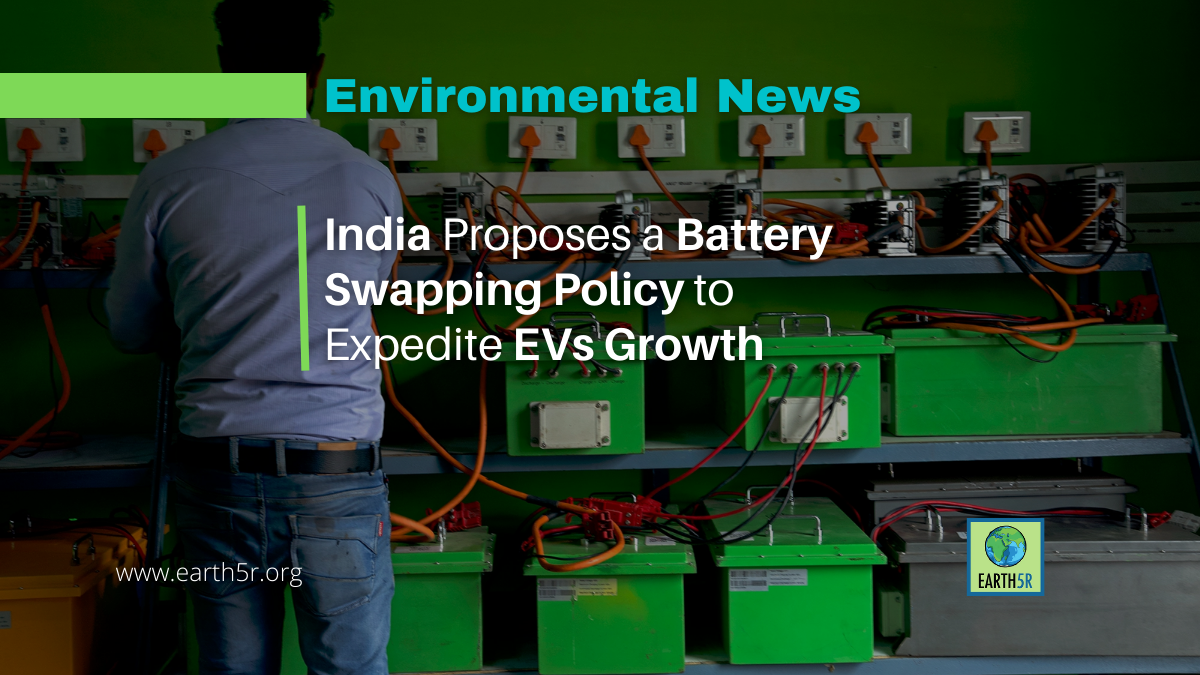 It is estimated that around 7,000 electric scooters have been recalled in the last year due to fire incidents after the Indian government asked manufacturers to voluntarily consider recalling alleged faulty models.

India, however, continues to be bullish about the future of EVs. Recently, the NITI Aayog, the Indian government’s think-tank, proposed a battery swapping policy that envisions a new ecosystem with the battery as a service (BaaS) model which, among other things, also touches upon concerns about safety standards for batteries. In February 2022, during the budget session of the parliament, India’s Finance Minister Nirmala Sitharaman announced the government’s intention to come up with a battery swapping policy – a demand that was being made by users and experts alike.

At present, people using EVs have to either charge their vehicles at home or rely on public charging infrastructure, which isn’t widespread. But the proposed battery swapping policy envisages a system without in-built batteries to reduce the upfront cost that allows the users to use battery swapping stations (BSS) to use batteries as a service on a subscription/payment basis without actually owning them.

To ensure high safety standards, the draft policy mandates the use of only Advanced Chemistry Cell (ACC) batteries or those which have either equivalent performance or more against the earlier prescribed battery norms under the union government’s Faster Adoption and Manufacturing of Electric and Hybrid Vehicles in India (FAME-II) scheme. It also talks about the compatibility of different components of batteries to ensure interoperability for the end-users.

Marine Biologists have Welcomed the Discovery ...

Making Sense of Assam Floods: Why ...

Fish on Drugs: Cocktail of Medications ...