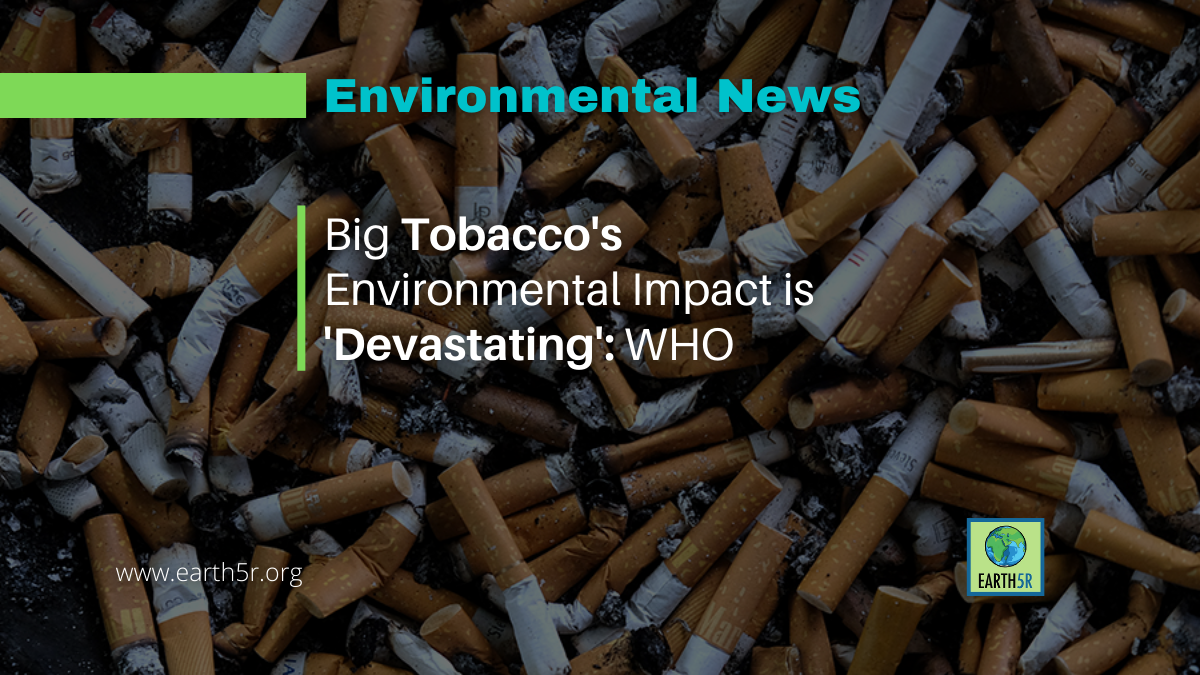 The tobacco industry is a far greater threat than many realise as it is one of the world’s biggest polluters, from leaving mountains of waste to driving global warming, the WHO charged Tuesday.

The World Health Organization accused the industry of causing widespread deforestation, diverting badly needed land and water in poor countries away from food production, spewing out plastic and chemical waste as well as emitting millions of tonnes of carbon dioxide.

In its report released on World No Tobacco Day, the UN agency called for the tobacco industry to be held to account and foot the bill for the cleanup.

The report, “Tobacco: poisoning our planet”, looks at the impacts of the whole cycle, from the growth of plants to the manufacturing of tobacco products, to consumption and waste.

The findings are “quite devastating,” Ruediger Krech, WHO director of health promotion, told AFP, slamming the industry as “one of the biggest polluters that we know of.”