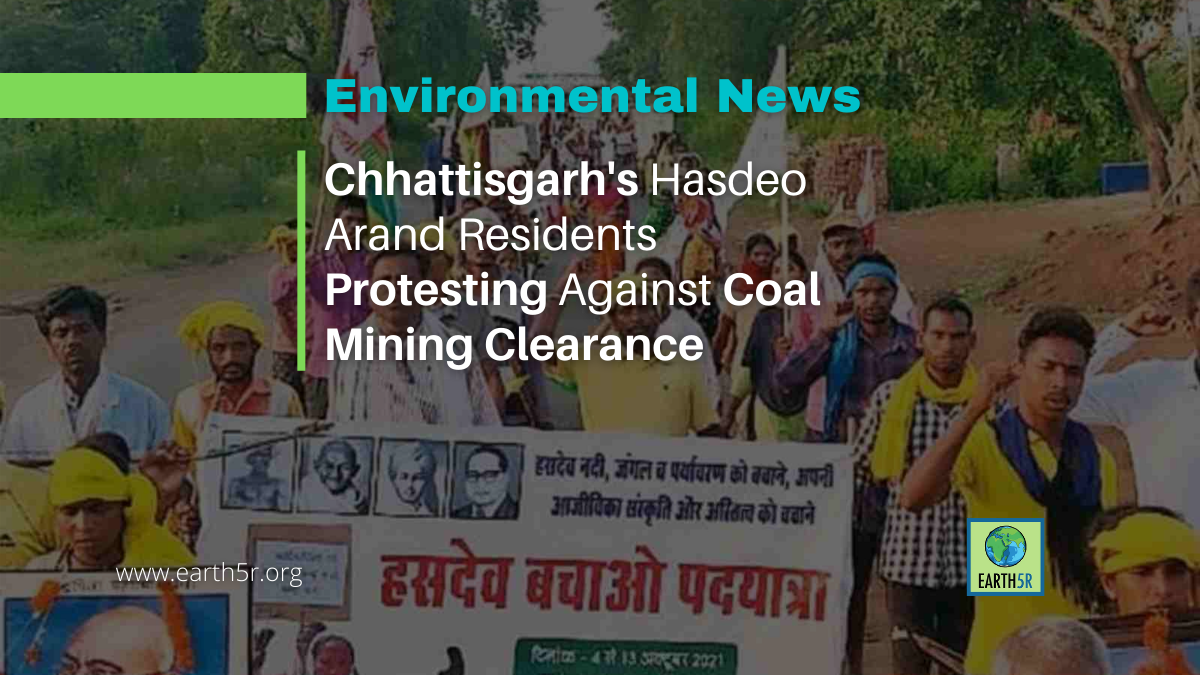 The Adivasi (tribal) community in Surajpur District, Chhattisgarh, has been on a tree-hugging protest to stop destroying one of the most extensive continuous forest ranges, Hasdeo Arand since April 26.

After the Chhattisgarh state government assented to the coal mining activities and destruction of forest cover on April 6, in one of the largest continuous forest ranges, Adivasis have strived to control deforestation, loss of livelihood, and displacement once the coal mining began.

Adivasis believe that the government plan is illegal, as mining on their land should not proceed without their consent according to Panchayat Extension on Scheduled Area (PESA) Act 1996. PESA Act deems Gram Panchayat’s consent as a priority before any development project starts. Adivasis claim that their consent was forged on documents for this project.

Activists claim that approximately 700 people will be displaced from their original homes, and 840 acres of dense forest will be felled for mining. Bipasa Paul, an activist, working in the region, commented, “…both Central and state governments, to serve the corporate interest, are stepping back in safeguarding this (previously) No-Go area…,” as reported by The Hindustan Times.