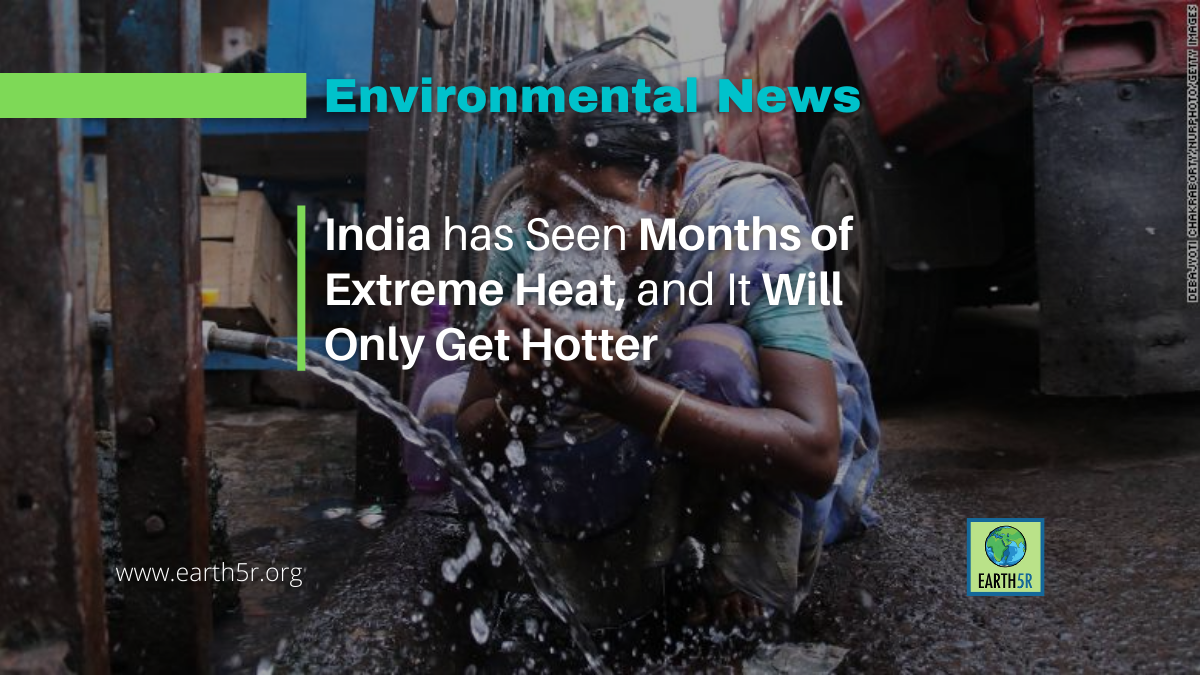 India has Seen Months of Extreme Heat, and It Will Only Get Hotter

Environmental News from India: Life-threatening heatwaves arrived in India a month earlier than normal, shattering temperature records, with highs reaching over 100 degrees Fahrenheit (38 degrees Celsius) — and it will only get hotter.

The worst of the heatwave is expected late this week into this weekend, with high temperatures approaching 10-15 degrees Fahrenheit (5-8 degrees Celsius) above normal across northern and northwestern India as well as parts of Pakistan.

Over one billion people will be subjected to excessive heat — 10% of the world’s population, according to Scott Duncan, an extreme climate expert.

As with many other extreme weather events, heat waves will become increasingly more severe as a result of climate change.

“The future of heatwaves is looking worse even with significant mitigation of climate change, and much worse without mitigation,” said Elfatih Eltahir, a professor of hydrology and climate at MIT.

India is among the countries expected to be worst affected by the impacts of the climate crisis, according to the UN’s climate change authority, the Intergovernmental Panel on Climate Change (IPCC).