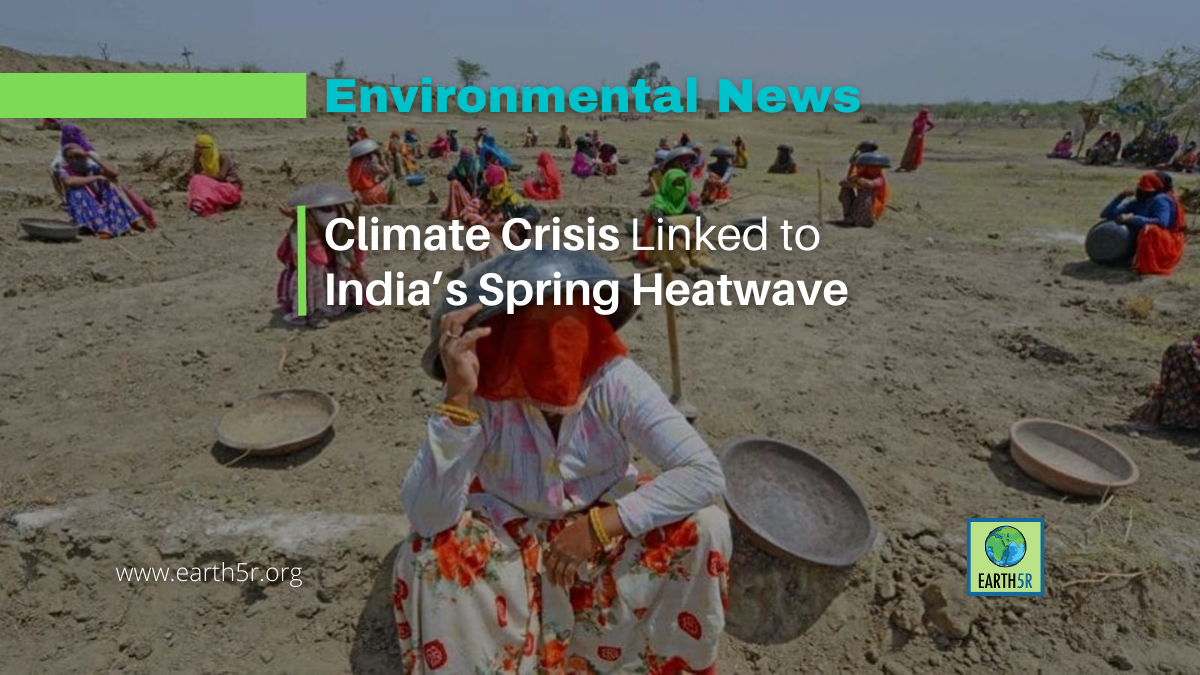 Environmental News from India: A heatwave will sweep large swathes of India over the next 4-5 days, extending from the west and northwest India to the east, weather officials warned on Tuesday, as an unusual heat blast hitting the country since last month seems set to intensify.

Last month, India recorded its warmest March since records were maintained and one of the driest spring seasons, with dry, warm winds plunging much of North India into summer temperatures sooner than usual.

Experts said the trends are yet another indicator of the effects of the climate crisis, which puts hundreds of millions of people at greater health risk and triggers productivity loss.

“India’s current heatwave has been made hotter by climate change resulting from human activities like burning coal and other fossil fuels. This is now the case for every heatwave, everywhere in the world. Until net greenhouse gas emissions end, heatwaves in India and elsewhere will continue to become hotter and more dangerous”, said Friederike Otto, senior lecturer in Climate Science at the Grantham Institute, Imperial College London, according to a statement by the institute. Otto leads the World Weather Attribution group.

But the larger picture is clear: the climate crisis has likely begun leading to unpredictable effects.

“The recent high temperatures in India were made more likely by climate change. Before human activities increased global temperatures, we would have seen the heat that hit India earlier this month around once in 50 years. But now it is a much more common event – we can expect such high temperatures about once every four years. And until net emissions are halted, it will continue to become even more common,” said Mariam Zachariah, research associate at the Grantham Institute, Imperial College London, in a statement to Climate Trends, a climate communications organization.