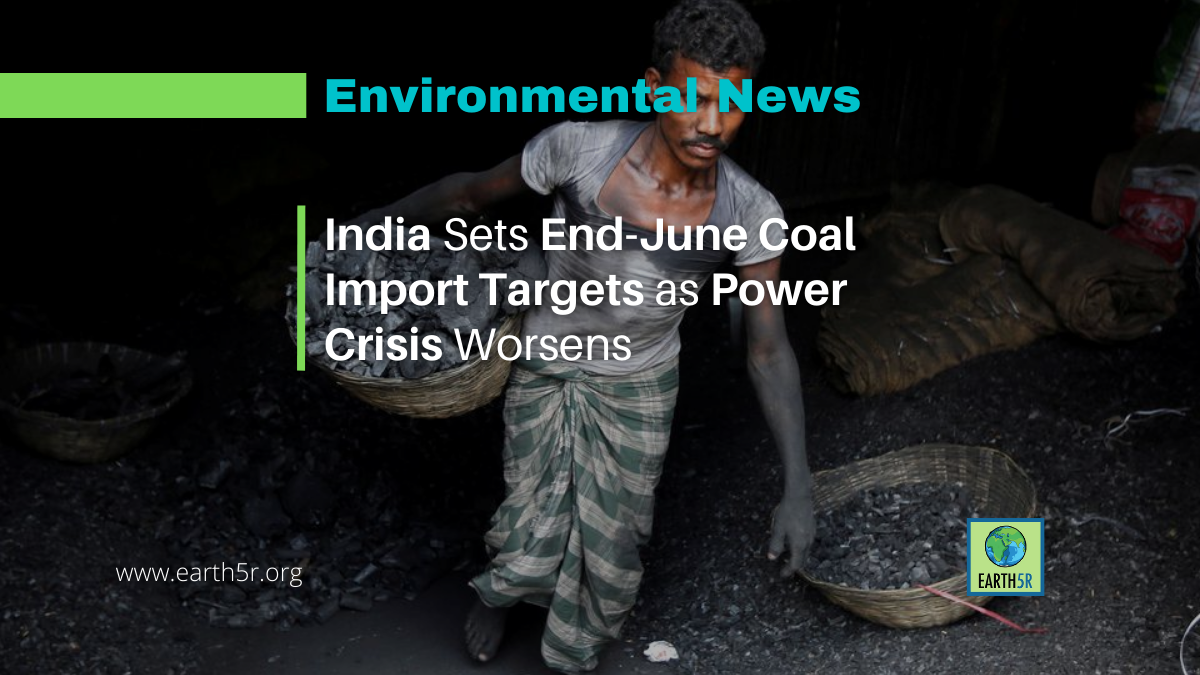 India has asked state and private sector utilities to ensure delivery of 19 million tonnes of coal from overseas by end-June, according to a power ministry letter, reflecting an urgency to secure supplies in a pricey market amid increasing blackouts.

The move, which marks the first time the world’s second-largest coal importer is issuing timelines for imports, can put pressure on the global prices of coal as the utilities rush to avoid a repeat of the electricity crisis in April.

If the timelines are adhered to, the imports by the states and private utilities over the next five months for blending with domestic coal will surpass annual imports by the entities in at least six years.

An unrelenting heatwave pushed electricity demand to a record high in April, leading to the worst power crisis in over six years and forcing India to go back on a policy to cut down coal imports.

Severe Drought Could Pose Problems for ...