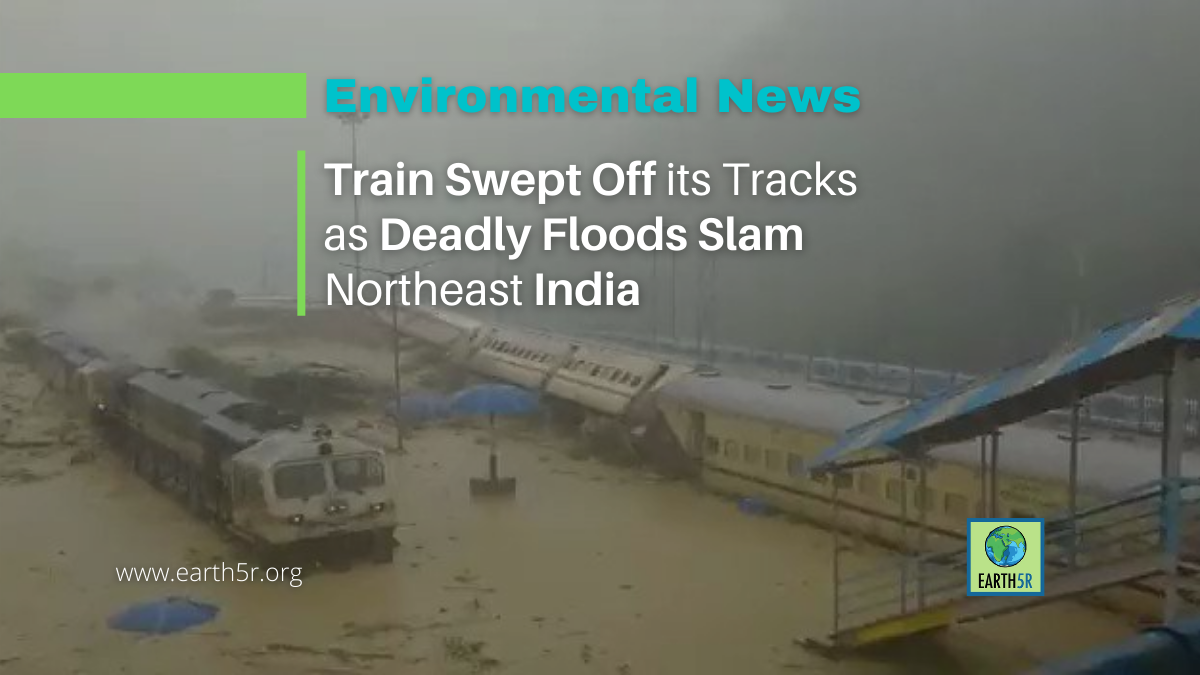 While a huge swathe of India bakes under record-breaking heat, the vast country’s northeast is being devastated by floods. Heavy rains started lashing the Indian states of Assam and Arunachal Pradesh last week, triggering floods and mudslides that have washed away houses, fields of crops, and bridges.

So far, 11 deaths have been blamed on the flooding, and more than 400,000 people have been displaced as 700 villages have been inundated in Assam alone. At least 200,000 people in Assam’s Dima Hasao district were cut off on Wednesday, with all roads and bridges in and out blocked.

On Tuesday, authorities sent army troops to help with rescue and relief operations. Air Force helicopters evacuated people from a train that was left stranded on waterlogged tracks at a station.

“People don’t have drinking water, there’s limited food in stock, all forms of communications have been cut off and we don’t have any means of transportation as all the roads have been washed away by floods and landslides,” India’s prominent 10-year-old climate change activist Licypriya Kangujam, who lives in the Himalayan region, told CBS News. She spoke on the phone Wednesday from the tiny island nation of East Timor, where she was addressing lawmakers on climate change.

The Indian Meteorological Department has forecast “very heavy to extremely heavy” rain in the region for the next three days, which is expected to hamper the relief efforts.

India has Seen Months of Extreme ...