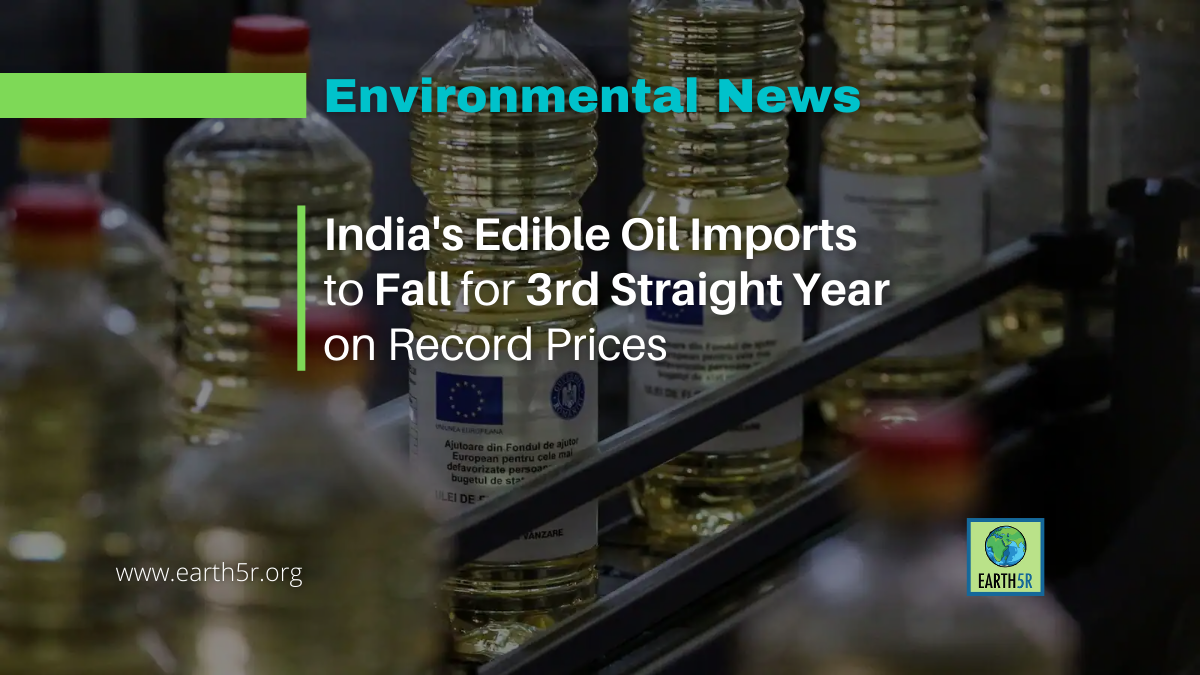 India’s edible oil imports are set to fall for the third year in a row on the rise in local oilseed supplies and as a rally in vegetable oil prices to a record high dented demand, an industry official said on Tuesday.

The world’s biggest importer of edible oils is likely to make overseas purchases of 12.9 million tonnes in the 2021/22 marketing year ending on Oct. 31, down from 13.13 million tonnes a year earlier, B.V. Mehta, executive director of Solvent Extractors’ Association of India, said.

“For the third straight year, normal monsoon rainfall in India has augmented domestic availability of edible oil by 1.5 million tonnes and helped to reduce imports,” Mehta said at the Global conference in Dubai.

Edible oil consumption in India trebled over the past two decades as the population grew, incomes rose, and restaurants sprang up to cater to a crowd that started eating out more often.

The country’s edible oil imports have surged to 15 million tonnes from 4 million only two decades ago, but imports fell in 2019/20 and 2020/21 after pandemic-related lockdowns hit consumption.

In the current marketing year, the government has lifted restrictions, but record-high prices are dampening consumption, Mehta said.

India buys palm oil mainly from Indonesia and Malaysia, with soy oil mostly imported from Argentina and Brazil. It purchases sunflower oil from Russia and Ukraine.

Noise Pollution: When will the Government ...