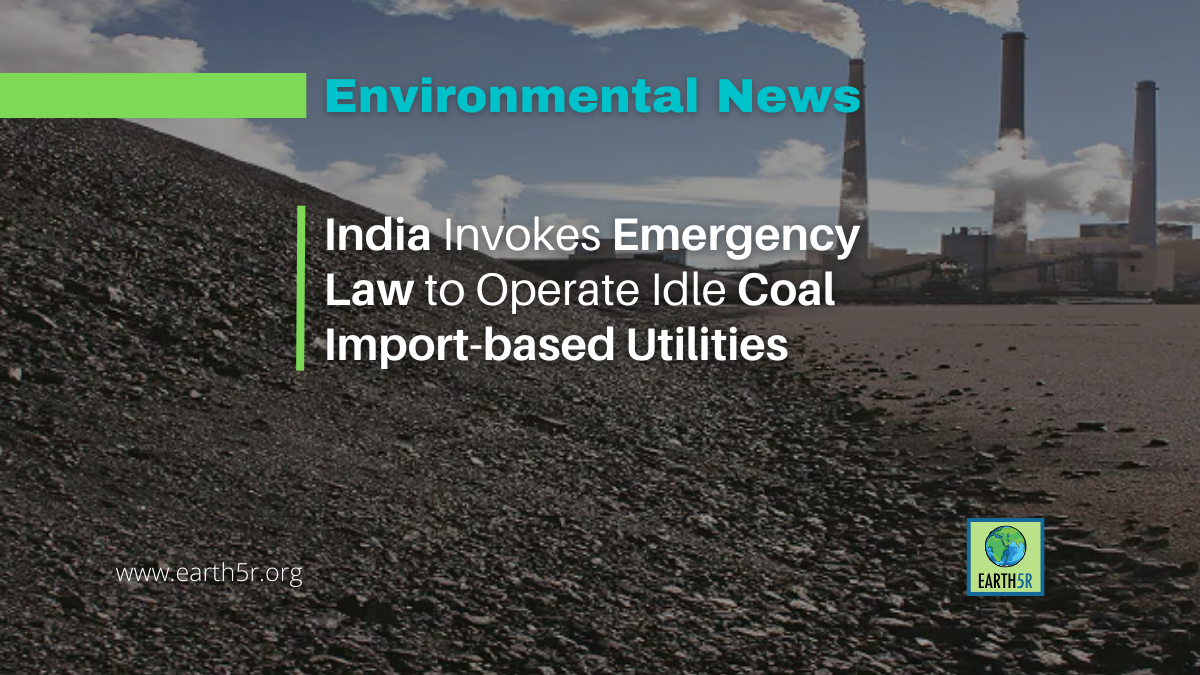 India has evoked an emergency law in a bid to start generation at some idle power plants running on imported coal which are not producing power because of financial stress or due to high international prices of coal, the government said on Friday.

India is facing its worst power crisis in over six years, and officials have been scrambling to arrange supply for power plants whose pre-summer inventories are at over nine-year lows and as power demand is set to rise at the fastest pace in at least 38 years.

Over 43% of the plants fired by imported coal, which have a total capacity of 17.6 gigawatts (GW) and account for 8.6% of India’s total coal power capacity, are currently idle. Officials have also decided to invoke an emergency clause in the country’s electricity law to allow the plants to run.

Power ministry officials will work with those involved in the debt restructuring of financially stressed idle plants to make them functional, while a government committee will facilitate passing on higher costs of generation to customers, the government said in an order.