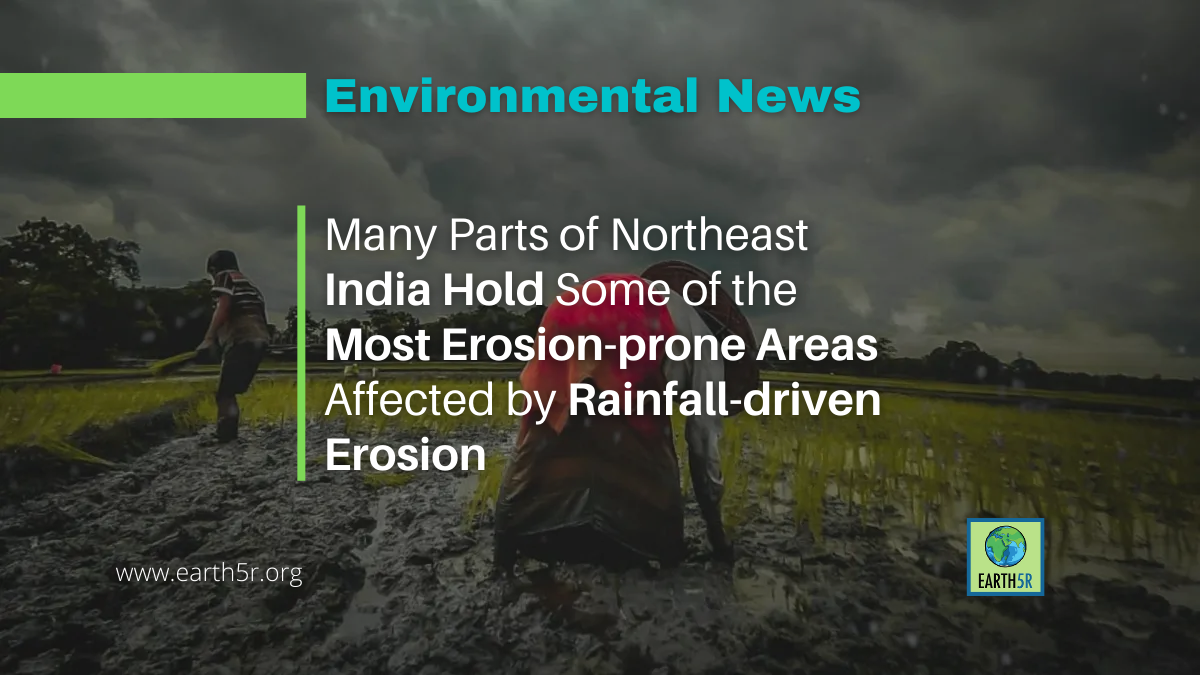 Parts of Assam and Meghalaya are among zones in India that are prone to the greatest rainfall-driven soil erosion, says a study that provides a national-scale assessment of rainfall erosivity over India.

The study by the Indian Institute of Technology, Delhi (IIT Delhi) has developed the Indian Rainfall Erosivity Dataset (IRED), a pan-India assessment of rainfall erosivity over India, using gridded precipitation datasets. The IRED map is available freely for public use and expands the scope of understanding of rainfall-induced erosion over India.

“The current assessments of rainfall erosivity in India are limited to catchment or regions specific. R-factor was estimated by Tiwari et al. (2016) for India, but only 52 rain-gauge stations had been considered in this study which is very less to assess rainfall erosivity for a nation like India, which has diverse climate properties,” Manabendra Saharia at IIT Delhi told Mongabay-India.