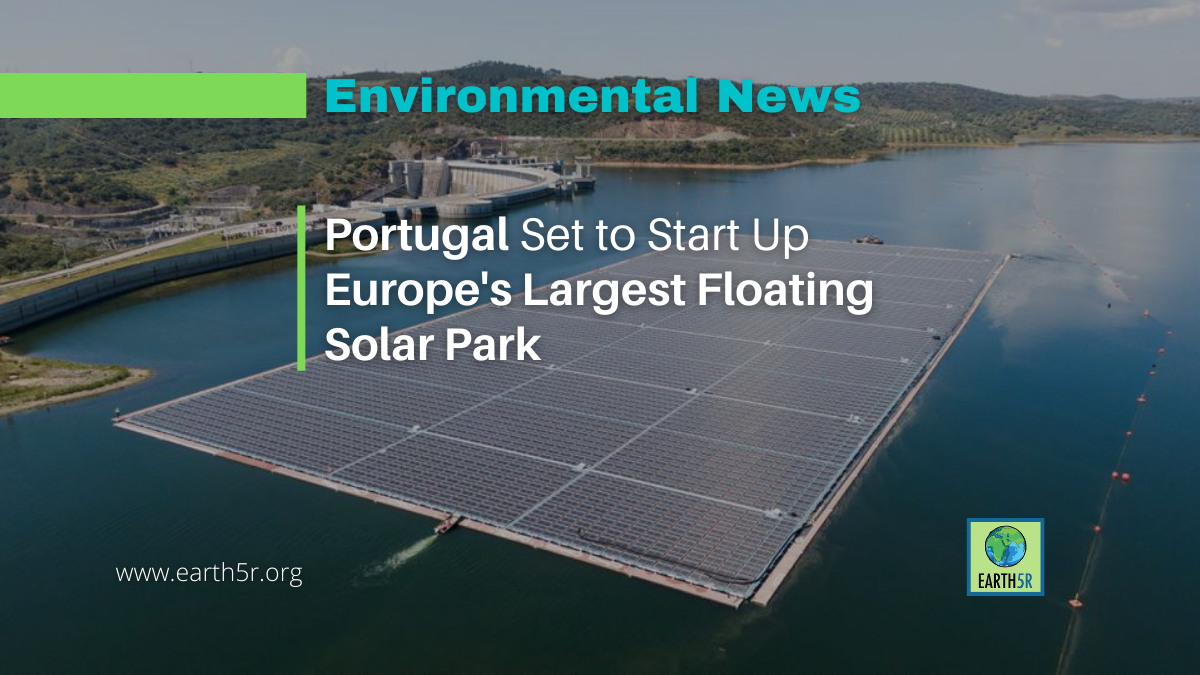 Two tugboats have moved a vast array of 12,000 solar panels, the size of four soccer pitches, to their mooring on Portugal’s Alqueva reservoir in preparation to start-up Europe’s largest floating solar park in July.

Built by the country’s main utility EDP (EDP.LS) on Western Europe’s biggest artificial lake, the shiny floating island is part of Portugal’s plan to cut reliance on imported fossil fuels, whose prices have surged since Russia’s invasion of Ukraine.

Blessed by long hours of sunshine and Atlantic winds, Portugal has accelerated its shift to renewables. But even though Portugal uses almost no Russian hydrocarbons, its gas-fired power plants still feel the squeeze of rising fuel prices.

Miguel Patena, EDP group director in charge of the solar project, said on Thursday when the tugboats moved the panels into a position that, electricity produced from the floating park, with an installed capacity of 5 megawatts (MW), would cost a third of that produced from a gas-fired plant.

The panels on the Alqueva reservoir, which is used to generate hydropower, would produce 7.5 gigawatt/hours (GWh) of electricity a year and would be complemented by lithium batteries to store 2 GWh.

The solar panels will supply 1,500 families with power or a third of the needs of the nearby towns of Moura and Portel.

Heatwave Takes a Toll on North ...