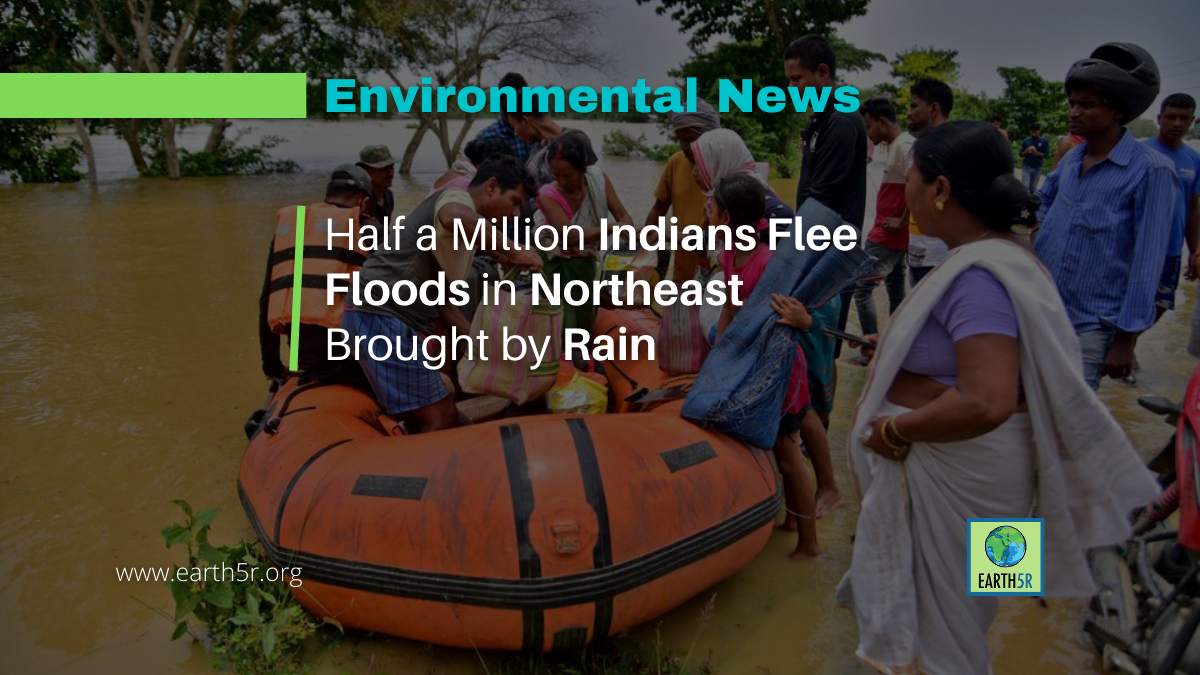 Half a Million Indians Flee Floods in Northeast Brought by Rain

More than 500,000 people have fled their homes in India’s northeastern state of Assam to escape heavy floods triggered by pre-monsoon rains that drowned seven, authorities said on Wednesday, as they warned the situation could worsen.

One of the world’s largest rivers, the Brahmaputra, which flows into India and neighbouring Bangladesh from Tibet, burst its banks in Assam over the last three days, inundating more than 1,500 villages.

Torrential rains lashed most of the rugged state, and the downpour continued on Wednesday, with more forecast over the next two days.

“More than 500,000 people have been affected, with the flood situation turning critical by the hour,” Assam’s water resources minister, Pijush Hazarika, told Reuters, adding that the seven drowned in separate incidents during the last three days.

Soldiers of the Indian army retrieved more than 2,000 people trapped in the district of Hojai in a rescue effort that continues, the state’s health minister, Keshab Mahanta, said.

Water levels in the Brahmaputra were expected to rise further, national authorities said.

“The situation remains extremely grave in the worst-hit Dima Hasao district, with both rail and road links snapped due to flooding and landslides,” said Assam’s revenue minister, Jogen Mohan, who is overseeing relief efforts there.

Once the Lifeline of Villages, Ponds ...