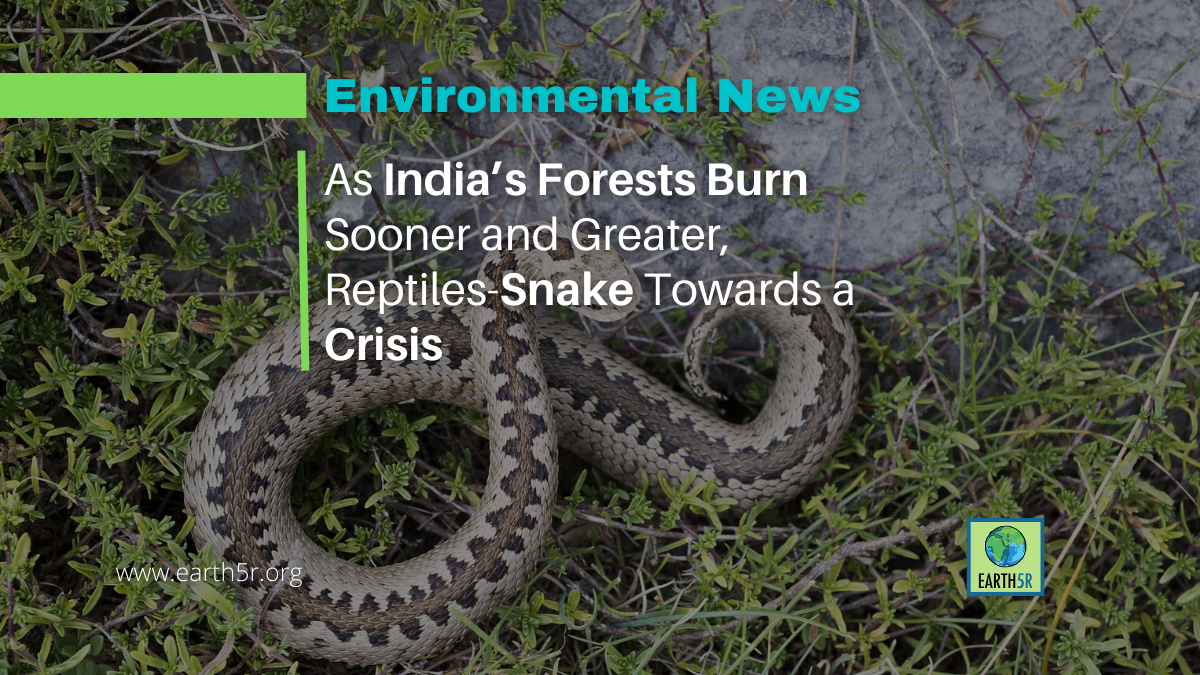 As India’s Forests Burn Sooner and Greater, Reptiles Snake Towards a Crisis

North India is in the grip of a surreal heatwave. There have been heatwaves before, but this one is early in the year – so much so that it prompted Prime Minister Narendra Modi to warn of fires around the country.

Already, widespread forest fires have been reported in Jammu & Kashmir, Himachal Pradesh, Rajasthan, Uttarakhand, Chhattisgarh, and Jharkhand. According to FactChecker, the area with forest fires in the first three months has increased by 122% in the last five years.

This is bad news in many ways – but especially so for India’s snakes.

In the charred remains of a forest fire, you might find snakes soaking in the warmth. Reptiles have been known to bask this way for the heat, which they need to help with their metabolism.

According to Priyanka Swamy, a herpetologist at the Kalinga Foundation in Odisha, the bodies of warm-blooded mammals like “tigers, lions, and elephants” work at a fixed pace irrespective of the ambient conditions. Reptiles, however, often need heat from the outside because their bodies can’t regulate their own heat.

Sometimes, this heat comes from the blazing remains of a natural disaster. It also helps that forest fires clear out quite a bit of vegetation, giving the reptile ample space to bask.

Understanding how forest fires affect reptiles is important to conserve them. These fires are more likely when it is hot and dry – like North India is currently. Climate change is expected to cause such weather to occur more often.

But while basking helps reptiles, forest fires may actually be a bad way to get that heat. Climate change is also expected to make forest fires more erratic and intense – which is tragic for reptiles in particular.

According to conservation biologist Neha Sinha writing, in her 2021 book Wild and Wilful, reptiles are among the worst casualties of forest fires.

Noise Pollution: When will the Government ...