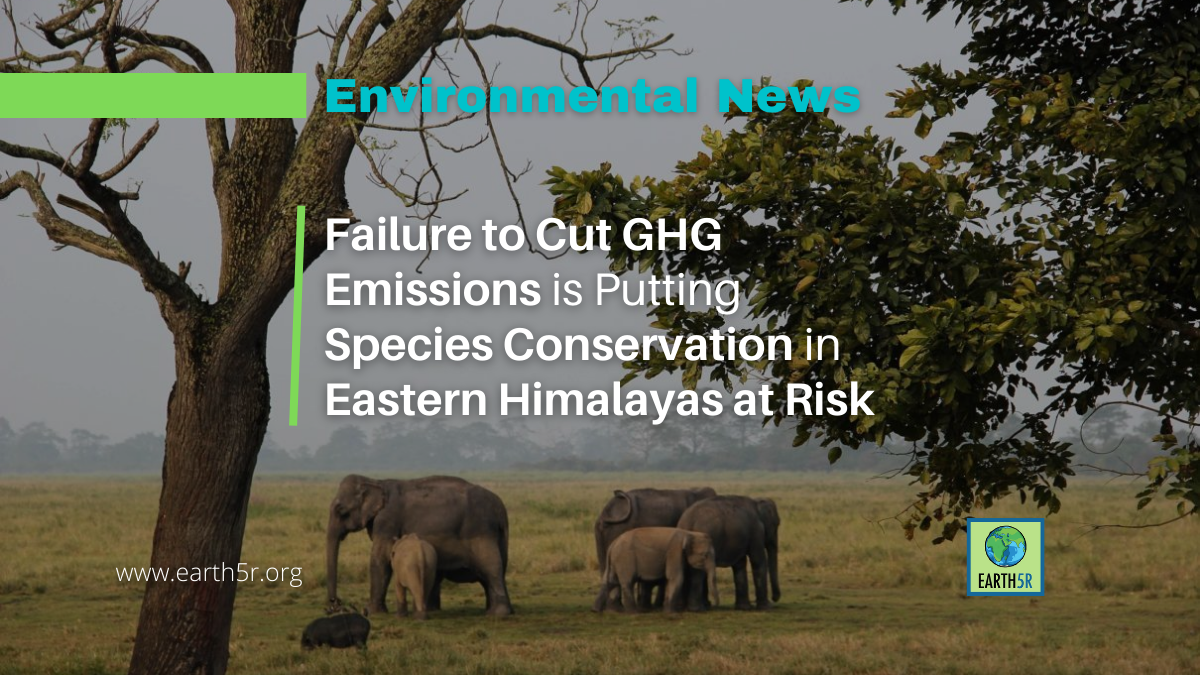 As much as 36% of 47 protected areas in the eastern Himalayas, especially those isolated higher up in the mountains, are highly vulnerable to climate change, a study has said. It cautions that a failure to cut global greenhouse gas emissions will undercut species conservation efforts in the fragile region.

Marked by a 1.3 degree Celsius rise in temperature from 1951 to 2014, a decrease in summer monsoon rainfall, and an increase in the frequency of extreme weather events, all protected areas (PAs) in the eastern Himalayas shelter at least one species at high risk of global extinction as classified by the International Union for Conservation of Nature’s (IUCN) Red List of Threatened Species.

Climatic changes in the past 50 years are most pronounced in PAs in Sikkim, Arunachal Pradesh, Assam, and West Bengal. Mouling National Park, for example, on the bank of the Siang river in Arunachal Pradesh, home to takins, sorrows, and monals, saw a one-degree Celsius rise in its average annual temperature and an increase of 1.5 degrees Celsius in the average temperature in the coldest season.

These changes are “alarming” and “likely to worsen.” A recent analysis of 119 years of rainfall measurements at different rain gauge stations across northeast India has also revealed a decreasing trend in summer rainfall since 1973, including in rainy Meghalaya, reputed for hosting the world’s wettest place.