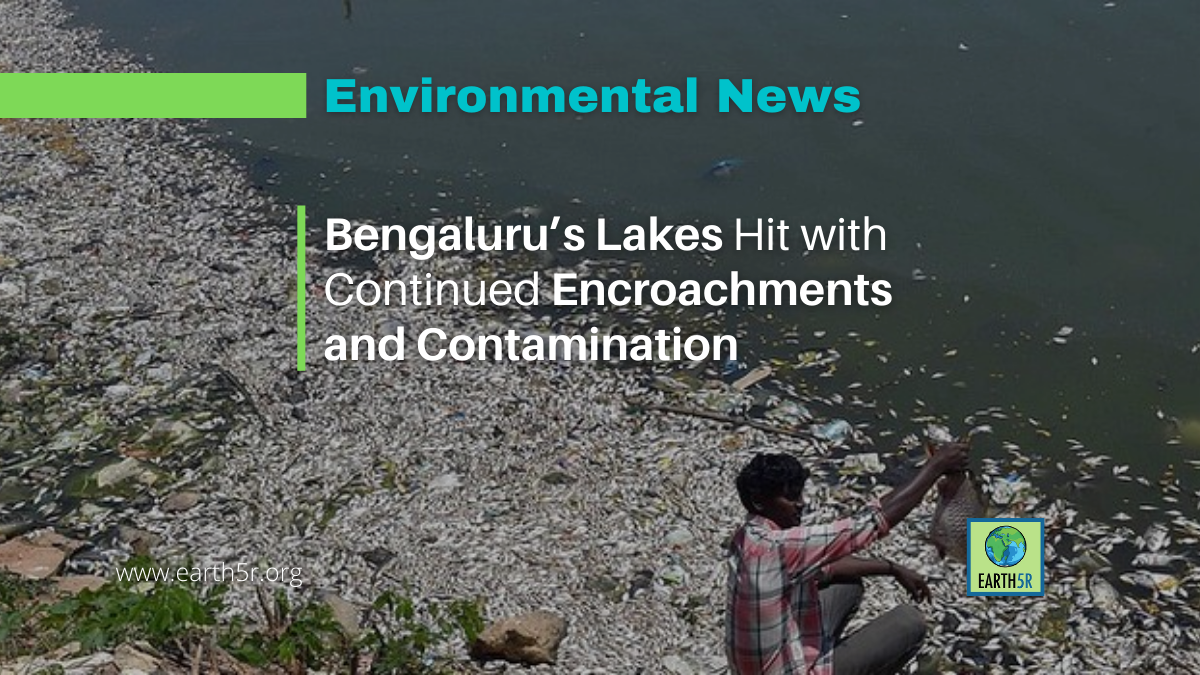 Environmental News from India: The lakes in the Karnataka state capital face neglect as authorities fail to protect them from encroachments and contamination. One of the few remaining water bodies in the city, the Thalaghattapura lake, remains partially occupied by a private school and is contaminated by hazardous waste. Despite cleanliness drives by non-profit organizations, the lake has not yet been revived.

Lakes are not only contaminated by sewage water disposal but car washes and liquid runoffs. The Kengeri lake is one such lake that has died due to the mixture of oil and detergents forming a thick sludge over its surface. Despite clear guidelines from the Karnataka State Pollution Control Board (KSPCB), washing centers have failed to relocate outside the vicinity of naturally occurring water bodies.

The Bruhat Bengaluru Mahanagara Palike (BBMP) started the lake rejuvenation project in 2017 in Bengaluru. Still, only a handful of lakes have been revived, including the Sarakki lake and the Avalahalli lake. These lakes have followed the model of Ulsoor lake, one of the biggest in the city, where a walking track, a bird island, and boating rides are made possible.

However, the Bellandur lake, one of the most toxic in Bengaluru, and the Varthur lake remain frothy and foamy, untreated with sewage. Some lakes need to be rejuvenated repeatedly as short-term neglect causes algae and marshy aquatic plants to grow uncontrollably without regular maintenance, taking up all the water.

In one instance, residents near the Avalahalli lake took charge of cleaning the lake beside their homes as independent bodies and committees formed for the maintenance of lakes didn’t get enough funds.