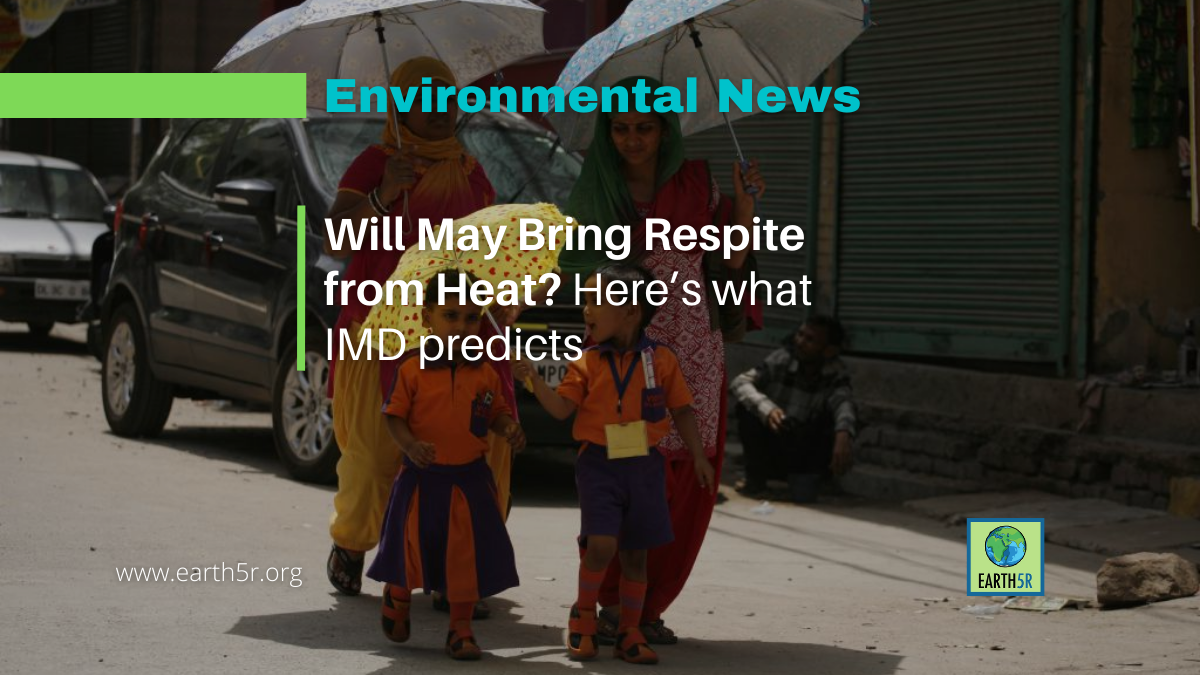 Will May Bring Respite from Heat? Here’s what IMD predicts

May may bring showers in many parts of India that have remained largely dry this 2022 pre-monsoon season.

The good news first — heatwave conditions will abate after today, April 30, 2022, in eastern India and Monday (May 2) from the northwest and central India, India Meteorological Department informed. It also forecasts some welcome rain in May in the country, which is undergoing a largely dry pre-monsoon season.

Maximum temperatures will remain above normal, however, in May over most parts of the west-central and northwest India — areas that have undergone harsh heatwave conditions in April — as well as northern parts of the North East. Minimum temperatures will also remain above normal over most parts of northwest, central, east and northeast India, the national weather agency predicted.

Rainfall in May will be above normal — 109 percent of the long period average — in the country, according to an IMD statement. It may be below normal, however, in some parts of the northwest, northeast, and the extreme southeast Peninsula.

IMD also expected ongoing La Nina conditions to continue through the period. Cooler-than-average sea surface temperatures over the eastern and central Pacific Ocean during La Nina conditions affect trade winds flowing over the ocean surface through changes in wind stress. Experts blamed the condition, apart from warm Arctic waves, for early heatwaves in India, Down To Earth reported a month ago.

Global Temperatures Could Rise by 1.5C ...