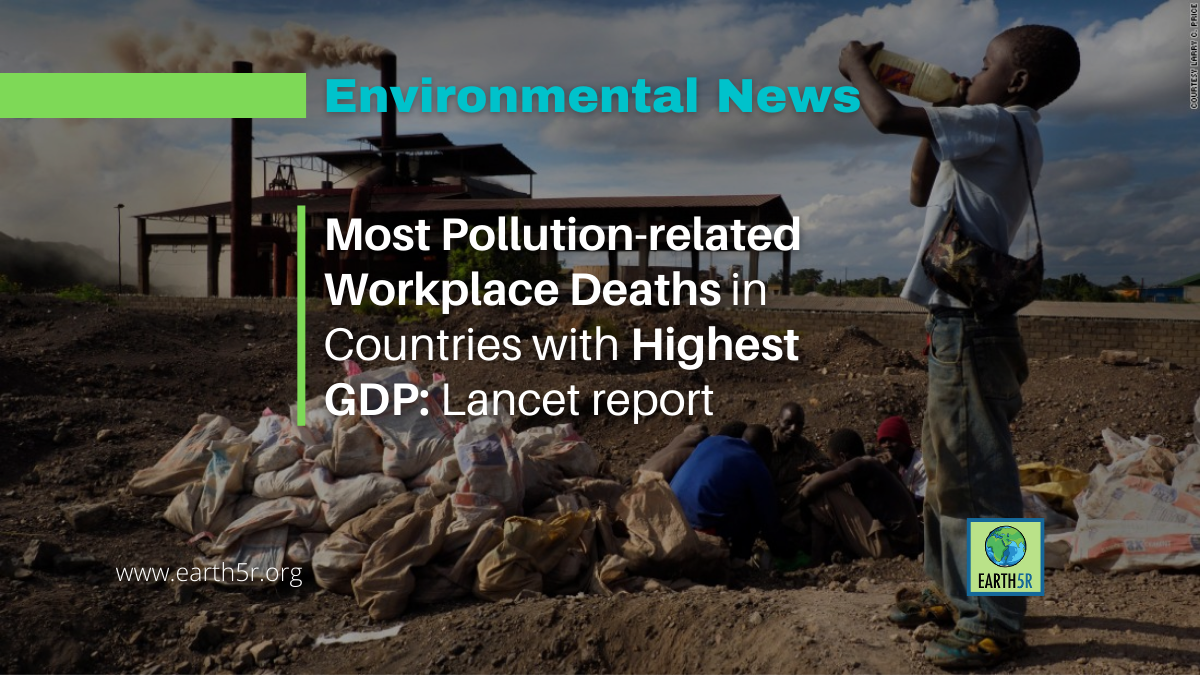 Most of the 10 countries with the highest gross domestic product (GDP) recorded the highest number of mortalities at workplaces triggered by pollution, a new report showed. This mismatch highlights the mindset and mechanisms in place within these rich countries in treating pollution at workplaces, said, environmentalists.

The report based on 2019 data found that most of these countries had a low proportion of pollution deaths in the overall population: 90 percent of pollution-related deaths occur in low-income and middle-income countries. This underscores the disparity in which these places treat pollution within the four walls of workplaces and outside, experts opined.

GDP is the standard measure of the value added to an economy created through the production of goods and services in a country during a certain period. Economists traditionally use GDP to measure economic progress; higher GDP figures indicate a better economy and vice versa.

The world is following an economic model that puts profit over people and the planet, Harjeet Singh, senior advisor, Climate Action Network International. “Corporations have been given a free pass to pollute at the cost of millions of people, ignoring their right to a clean, healthy and sustainable environment.”

While the majority of these people are in the developing world, the blue-collar workers in rich countries also face consequences of hazardous pollution, he added.

Source: Down to Earth

In Bolivia’s Amazon, the Wildcat Gold ...