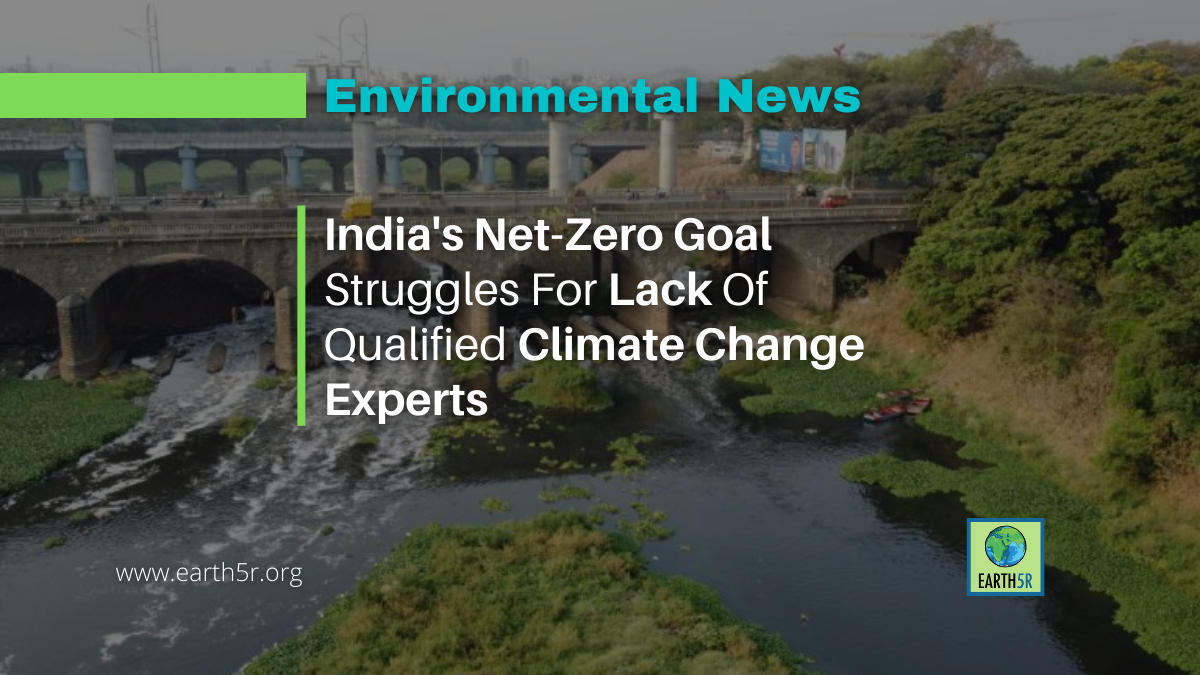 This year, Delhi recorded its second hottest April since 1951 with the monthly average temperature lingering around 40.2 degrees Celsius. Over the last couple of weeks, the national capital has also seen temperatures soar up to 49 degrees Celsius as the heatwave clutched several parts of the country under its tight grip. Around the same time, flash floods submerged parts of northeast India, killing at least 25 people in Assam and displacing thousands so far.

The devastating impact of these and other climatic phenomena across the country has made it clear that India has a long battle to fight climate change. A recent report by the Deloitte Economics Institute stated that unchecked climate change will put 80 percent of India’s GDP at risk with sectors like services, manufacturing, retail, tourism, construction, and transport set to incur the greatest climate-related losses over the next 50 years. Interestingly, climate change also offers a $26-trillion growth opportunity globally, according to a report by New Climate Economy.

Against this backdrop, what India needs is a strong cohort of professionals trained in sciences with a special focus on climate risks and sustainability. This is where the next roadblock lies. Being particularly vulnerable to climate change, India has a greater need for research and education in the field but the country reportedly only has a few thousand people who are formally trained to deal with it even as the government, as well as corporates, are willing to take action to mitigate the risks of climate change.

Why is Single-Use Plastic Being Banned ...