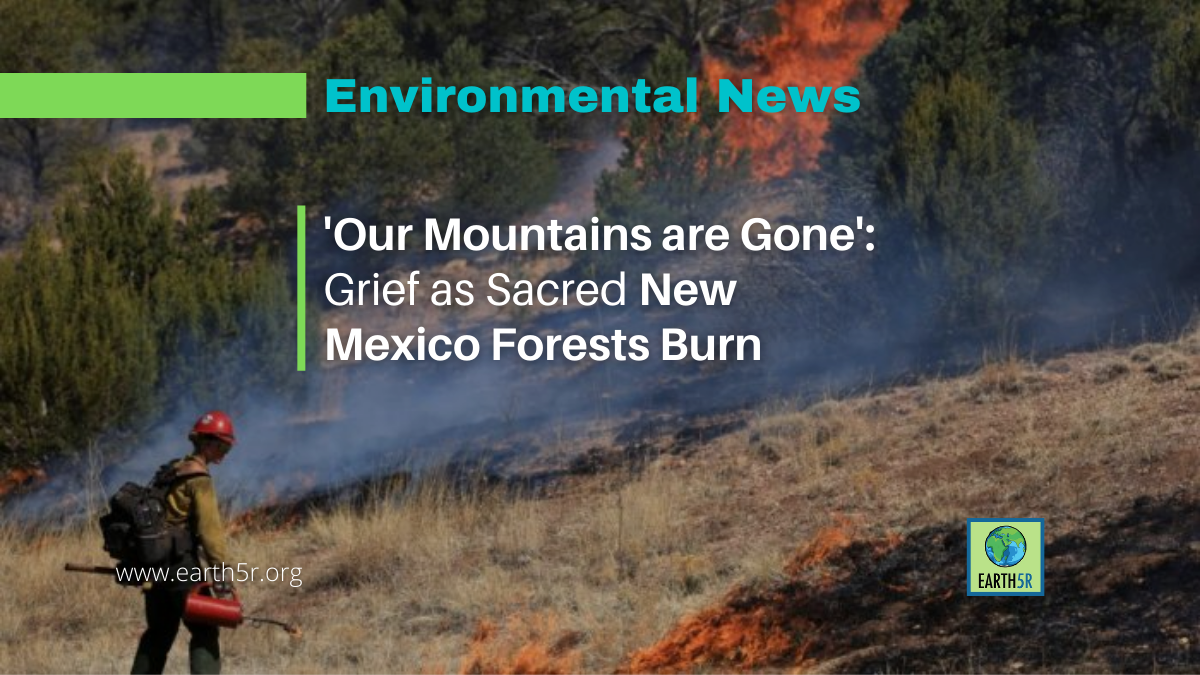 Forests in Ella Arellano’s family for nine generations burned in a day on Monday as fierce winds drove the United States’ largest wildfire through a New Mexico valley towards a third county.

Arellano sat in an evacuation center in Peñasco on Monday and grieved the loss of timbered mountainsides around her home in Holman after the fire leaped across the Mora valley about 40 miles (64 km) northeast of the state capital Santa Fe.

“I’m of the land,” said Arellano, a “mayordoma” in charge of irrigation channels known as “acequias,” as she wiped away tears. “Our mountains are gone, and it’s still burning.“

The so-called Hermits Peak Calf Canyon fire, larger than the city of Chicago, has been contained to the east but is racing north through land that has deep religious significance to Indo-Hispano villages established two centuries ago.

Around 35 miles in length, the blaze has destroyed hundreds of homes and other structures and triggered evacuation orders for 12,000 homes in San Miguel and Mora counties.

After more than a month of wildfires, residents of Taos County, on Monday for the first time, were told to prepare to evacuate as the fire advanced towards the villages of Angostura and Tres Ritos as well as the Sipapu ski area around 15 miles south of the town of Taos.

Winds gusting up to 66 mph blew a rancher off his feet as he hosed down his Angostura home in preparation for embers flying over a mile from the fire. He was in shock as a blaze that started 20 miles distantly when a U.S. Forest Service controlled burn got out of hand on April 6 and burned less than 5 miles away.

A few miles down the road in Tres Ritos, ski area employees emptied belongings from a storage unit in preparation for a fire they believed was coming. “They’ve been fighting it for a month in the wilderness. They can’t stop it,” said Greg Payne, facilities maintenance manager at Sipapu ski area two miles down the valley.